Crack – A True Tale about the Impact of Insecurity

I looked at my best friend dead in his deep brown eyes and solemnly nodded my head. As I began to close my own eyes, I knew it would hurt. I knew it would really hurt, but I also believed it was what I wanted. I heard him take a deep breath, and I clenched my fists, probably around the same time as he was clenching his own in preparation for the moment we both were dreading…

In the weeks leading up to this moment, I poured over every single one of my Facebook photos more times than I’m willing to admit. I flipped through past formals, campouts, vacations, photos from the soccer field where I forged my fondest memories, and group shots with old friends. I tirelessly clicked through every single digital representation of my face from dozens of different angles in hundreds of different places and could only see one thing… My big, fat nose. My ultimate insecurity evolved into a monster, over which I no longer had control. I’m not sure if anyone else even noticed my nose. I had a beautiful girlfriend. No one called me names or mocked me. Throughout my life, I never had trouble finding dates to dances, someone to kiss under July 4th fireworks, or old ladies to compliment “such a handsome young man,” but none of that mattered. All that I could think about was how much I hated my nose, and how I would do anything to change it.

Rearranging my nose started off innocent enough. Being an athlete, I competed with reckless disregard for my own well-being. I’d leave the ground for headers with high hopes of someone brave enough to meet me in midair and send me crashing to the ground. I fantasized about someone innocently opening a classroom door into my face with a crack and instantly solving the constant reminder of my imperfection planted in the middle of my face. Oh, how I yearned for that crack. The funny (and frustrating) thing about my big, fat nose was that it proved annoyingly resilient. Having little to no cartilage, I could completely flatten my nose, closing my nostrils and making my face look more or less flat. After four years of high school hoping for some happy accident, I resolved to find my own way out of this self-imprisonment, especially with college’s new start right around the corner.

The summer before I left for the University of Georgia, I formulated a plan to solve my incessant insecurity once and for all. Deep down, I understood that my self-loathing was unhealthy and inappropriate, but I remained a perfectionist. Guilt accompanied these feelings. I knew that if my nose broke by accident, insurance would pay for the reconstruction, which included a degree of cosmetic work. Therefore, I had to make my plan look like an accident.

I woke up early Sunday morning, like I did every weekend, and met my team for our men’s league soccer game. Around halftime, I fabricated an excuse to leave the game and head over to my friend’s house. I briefed my best friend, Jimbo on my plan, and to his credit, he thought the whole thing was stupid, but he could tell that this really mattered to me. We went down to his basement and recounted the plan. 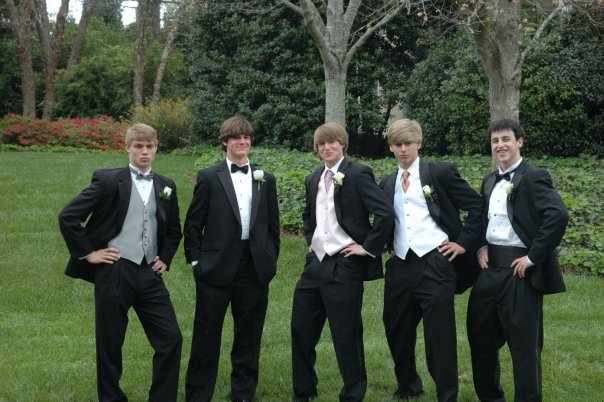 After closing my eyes, Jimbo would punch me in the nose, which would hopefully break it cleanly. After waiting the appropriate amount of time, I would run upstairs to his mother, who happened to be a nurse, and tell her a story about going up for a header on a corner kick shortly before the end of my men’s league game. While in midair, an opponent’s elbow would have struck me in the nose where Jimbo punched me, and she would recommend I call one of her plastic surgeon friends to set up a consultation while gently icing my injury. The timeline of swelling and bruising would be consistent with my story, and surely no one would question my condition because why in the world would someone convince his best friend to break his nose on purpose?

So there I stood with my eyes closed tight. My fists clenched, and my mind racing through vivid visualizations of hundreds of haunting Facebook photos while I braced myself for impact. After Jimbo’s deep breath, he whispered, “Dude, I don’t think I can do this.”

“Jimbo, please.” He knew how much it meant to me.

The blow forced my body to stumble into the wall behind me. It felt like my skin was made of hot metal and a strong magnet relentlessly tugged at the middle of my face. My nose needled with pain, but neither of us heard the crack for which I was looking. I opened my eyes, which remained out of focus for a few seconds, most likely from a combination of the impact and pain killers.  Jimbo’s façade resembled a boy who had just struck his best friend in the face as hard as he could.

There’s no other way to put it. I unclenched my fists and ran to the basement bathroom to consult the mirror. It didn’t look broken.

“You have to do it again.” Neither of us were remotely excited about it.

I stood in the same spot. I clenched my fists and heard the same hesitant deep breath that preceded the previous blow. Round 2 – My eyes met Jimbo’s once again.

“Don’t hold back this time. And thanks.”

He nodded with more determination in his demeanor this time, and I closed my eyes once again. My nose throbbed in anticipation while my teeth grinded their disapproval. Crack! This time I hit the ground. My nose flooded with agony, and my eyes watered as I felt the swelling compound upon itself. I punched the ground in painful frustration before running back to the bathroom mirror to inspect myself, as I had done a few minutes before and countless times on my Facebook page.

For the first time in years, I didn’t look at my nose. I peered into the mirror and saw the look of fear in my best friend’s face behind me. Then, my eyes turned to me, screaming in aching understanding.

My world shattered at that moment. Then, I slowly began to reassemble it. What had I done?

It had taken being punched not once, but twice in the face by my closest friend to realize the infallible stupidity lurking within my insecurity. Some kind of internal, superficial force had convinced me that I was imperfect – that the way my face looked somehow detracted from my body image and self-worth. At that moment, I could not believe that the two faces who looked at themselves in Jimbo’s bathroom mirror just a few minutes apart belonged to the same person. I had been bullying myself.

I didn’t go through with the plan. All insecurity vanished the moment that crack echoed through the recesses of my mind, and in that moment, I loved myself again, broken nose included. Embarrassed at first, Jimbo and I now laugh about those punches, and I’ve even started sharing my story with others. However cliché, I believe we are all made exactly how we are supposed to look. While surgery may be needed to fix tragic accidents or address medical needs, cosmetic desires shouldn’t be given the power to hurt our egos, our happiness, or our friends. We all wield complete control over the monsters we create in our minds. We contain the strength and clarity to see through superficiality and live life as the best versions of ourselves, unhindered by what we choose to focus on when we peer in the mirror.

We must love ourselves before we can love others, and we must approve of ourselves before a healthy relationship with ourselves is possible. We are all beautiful in our own unique way, and the people who really matter will notice and appreciate our beauty, regardless of the package in which it appears.

I learned this lesson the hard way, and I hope that my story helps to ensure that no else must be awakened by a painful crack back to happy, healthy reality.