The Atlanta NASCAR Race gets a name and two title sponsors

QuikTrip, is teaming with the nonprofit organization Folds of Honor, as the title sponsors of the March 1, 2015 NASCAR Sprint Cup Series race at Atlanta Motor Speedway. The event will be named the Folds of Honor QuikTrip 500.

This is a new weekend for what will be a huge weekend of racing at AMS.

The Folds of Honor QuikTrip 500 will be the culmination of three days of racing action. The weekend begins Friday, Feb. 27 with Sprint Cup Series qualifying. Fans will love the rare doubleheader on Saturday, Feb. 28 that will feature back-to-back Camping World Truck Series and Xfinity Series races.

The Folds of Honor QuikTrip 500 on Sunday, is the second race of the 2015 NASCAR Sprint Cup Series season and will provide drivers an early-season opportunity to secure a win and qualify for the Chase for the NASCAR Sprint Cup.

NASCAR Sprint Cup racer and driver of the No. 3 car, Austin Dillon says race weekend will be exiting for both the drivers and fans.

“In Atlanta, we usually race in the heat,” explained Dillon in Suwanee, GA for the title sponsor announcement. “And the track has some age to it, which is what we like. It will be still cold at the beginning of the year, so you will see good track grip and probably see a track record broken.”

“Folds of Honor and QuikTrip provide a unique partnership for Atlanta Motor Speedway,” said Ed Clark, Atlanta Motor Speedway president and general manager. “We are humbled at the opportunity to honor and support military members and their families and the commitments they have made to our country in conjunction with their event, which brings fans to Georgia from all over the country.”

Folds of Honor, headquartered in Owasso, Oklahoma is a 501(C)(3) nonprofit organization founded in 2007 by Major Dan Rooney that provides educational scholarships and assistance to families of military men and women who have been killed or disabled while serving our country. Assistance helps support private education tuition and tutoring for children in grades K-12, as well as higher educational tuition assistance for spouses and children. Since its founding in 2007, the organization is proud to have awarded over 7,500 scholarships, including more than 2,000 in 2014.

“I have had a love for speed my entire life. To combine the speed of NASCAR with the powerful, life-changing force of Folds of Honor is simply beyond my wildest dreams,” said Major Rooney, founder of Folds of Honor. “Thank you to QuikTrip for being a long-term partner to Folds of Honor and for fueling the future of our military families.”

Founded in 1958, QuikTrip has grown to an $11 billion company with more than 700 stores in 11 states. With over 17,000 employees, QuikTrip has made Fortune Magazine’s list of Best Companies to Work For every year for the last 12 years. QuikTrip is also consistently ranked as one of the top convenience store marketers in product quality and friendly service. For more information, visit www.quiktrip.com. There are 131 QuikTrip locations in the Atlanta metro area. 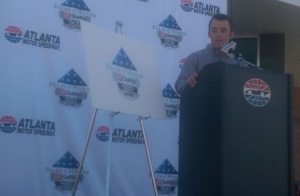 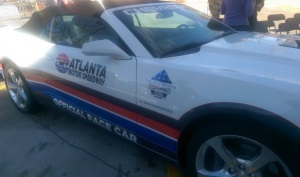