John Callen, 69, the USTA Southern Executive Director and COO for 33 years has passed after he battled cancer for more than a year. Callen passed away peacefully on April 3 with his wife, Frances, and their daughters by his side at his home in Johns Creek, Ga.

For more than 50 years, Callen’s contributions to Southern tennis ran the gamut of the tennis world. He was a player, coach, volunteer and, ultimately, a leading tennis executive.

He impacted many people in and outside of tennis.

USTA Southern President & CEO, Randy Jackson said, “John Callen was a driving force behind the success of the Southern Tennis Association for the past 33 years, yet he typically credited volunteers and staff for accomplishments. Not only was John a great leader, but he was also a teacher, role model, friend and mentor to tennis leaders and supporters everywhere. His influence extends much further than the Southern Section. His advice was sought by volunteers, staff and leaders throughout the country – from community tennis associations in small towns to USTA leadership at the highest level.

It’s a loss for tennis in the South.

USTA Chairman of the Board and President Mike McNulty added his comments. “John led the Southern Section for 33 years and was the face of tennis in the South. I had the incredible opportunity to serve with John as one of his many ‘Callen presidents.’ It was an honor and a privilege to serve with my friend, a soft-spoken leader who was loved by all. He was a special person with an inimitable personality, contagious enthusiasm, disarming humility and smiling wit. All of us in the sport of tennis who have been associated with John have lost a true friend and tennis has lost one of its most passionate proponents.”

USTA Southern Delegate and former President & CEO Bonnie Vandegrift remembered Callen warmly. She said, “John became your friend the instant you met him. I will sorely miss his friendship and the kindness, support, and encouragement he has shown to me and so many of the tennis volunteers within the Southern Section. We are all certainly better for having John Callen in our lives.”

Former USTA Southern President & CEO Randy Stephens talked about his close friendship with Callen. “I was blessed that John took me under his wing as a tennis doubles partner and as a mentor while we were in our twenties. He changed my life for the better in so many ways, but John did this for so many people – friends, tennis students, volunteers, USTA staff members and others. John did so much for so many, in a quiet way, never wanting anything in return. We are all better people because of John’ influence in our lives.”

Former USTA CEO and USTA Southern President & CEO Gordon Smith remarked, “God bless John Callen for what he meant to tennis and his family. He led the life he was meant to lead, and we are all the better for it.”

Matt Olson, who succeeded Callen as USTA Southern Executive Director & COO in February, said, “John was a boss, mentor, eventual counterpart and friend. His impact on tennis, the Southern Section and my life will be felt for a long time.”

Callen grew up in Birmingham, Ala., where he was student body president, athletic club president, a member of the National Honor Society and a varsity tennis player who went undefeated in high school dual matches.

He went on to play at the collegiate level at Georgia Tech from 1970-74, where he served as co-captain and played No. 1 to No. 4 singles and No. 1 to No. 2 doubles over his four-year career. In 1974, he began a 15-year tennis pro career as Head Tennis Professional at Big Canoe (Ga.), Director of Tennis at the Indian Hills Country Club and Athletic Director at Standard Club. Callen continued to hone his skills as a player, winning numerous Southern tennis titles and reaching the No. 1 ranking in the section for multiple years across many age groups.

In 1989, he began a stint as USTA Southern Executive Director and later also served as its Chief Operating Officer. In June 2021, he announced his retirement and worked into March 2022. At that time, he was the longest serving USTA section executive director.

Under Callen, USTA Southern, the section’s membership rose to a high of more than 187,000, representing 25 percent of the national membership. During that time, the section has been at the forefront of growing grassroots tennis, including fostering USTA League expansion, Junior Team Tennis formation and growth, and hosting an array of junior and adult tournaments in the section’s nine states. The section has a robust adult program, including the largest Combo and Mixed Doubles leagues in the country. As Southern Tennis Foundation Executive Director, Callen oversaw the giving of approximately $5 million, notably to NJTL programs, junior tournament players and college students. 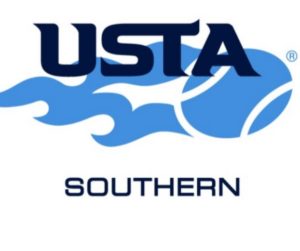