You may have seen him climbing up the sides of buildings in Atlanta, while walking through a crowd, or popping up in the photos of some of your favorite artists in the city.

A man who wears a Spider-Man mask everywhere he goes, is where’s Waldo-like in the nature of his appearances, and actually goes by the name “Petie Parker.” Yes, I’m serious right now. Obviously, he isn’t the superhero a lot of us grew up with, but he’s responsible for helping foster some of the best talent in Atlanta. So I chopped it up with the masked vigilante himself.

Who is Petie Parker?

I’m a walking juxtaposition lol. Seriously though, web design is my bread & butter, but my entire multimedia design background allows me to hold a number of positions. I gained a lot of experience in the “corporate” world and adapted those same experiences to the creative world. So I helped myself and now I help others grow in brand and influence. A hero for hire you could say. 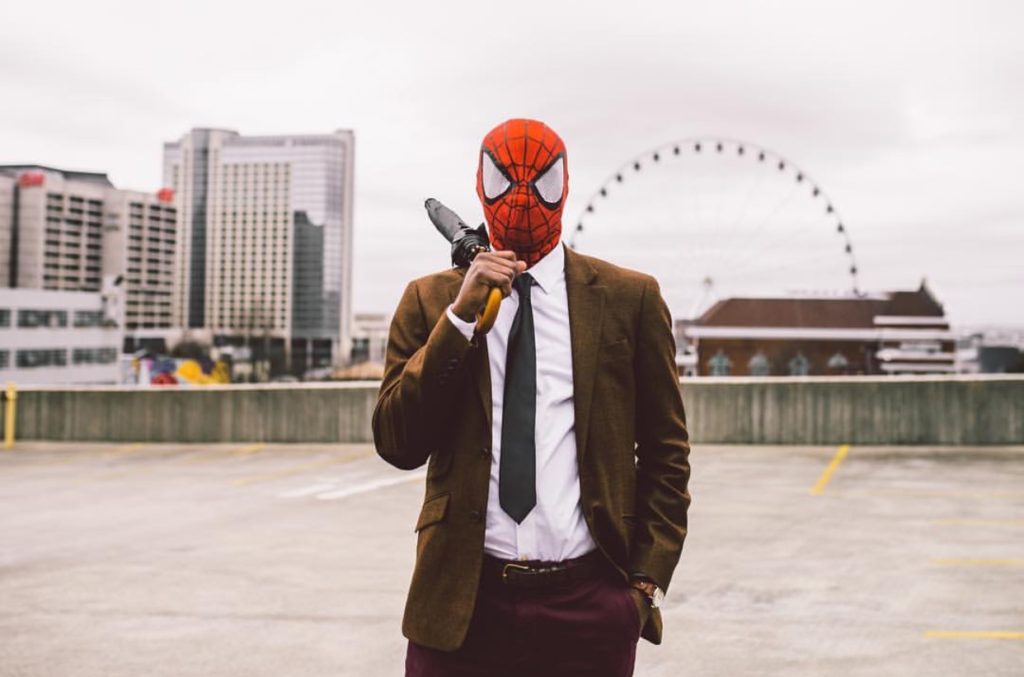 You would classify yourself as a creative yes?

Yup… hell yes! It’s a gift and a curse though. You know with great power comes great responsibility.

Where do you fit in this artistic renaissance in Atlanta that has been swelling over the past few years?

I’ve been behind the scenes, quietly playing a major role in some key moments. But I fit in as the go to manager/consultant for artists here in Atlanta looking to monetize their work. The more established artist and galleries often use me for my branding services like web design and social media promotion. For businesses I serve as a liaison between them and the artist they need for creative work.

You don the mask of the most popular hero in the world. It’s safe to say you’re a fan of Marvel’s poster boy. What drew you to him? What similarities did you find in both yourself and Peter Parker?

Yeah, I love Marvel. I have always been a huge fan of the Marvel Universe, but my favorite characters growing up were Silver Surfer, Daredevil, and Gambit honestly haha. Then I got a job as a web designer, and not long after that I began doing some freelance web design work on the side. The freelance business grew fast, I started to make a name for myself in Atlanta, but I didn’t want my job at that time to know I was doing work on the side. So I decided that I needed an alias. I remember thinking Spider-man is a web-slinger and so am I! I didn’t want to just use his name out right though because I knew someone else would come along and use it for what ever they needed as well. So I chose to use Petie. It was different, but still close enough to make the association. Since then, I’ve come to realize we parallel in many ways. We’re both from Queens New York, both nerds, we both have an Aunt May and we’re both web slingers (slangers) to name a few similarities. 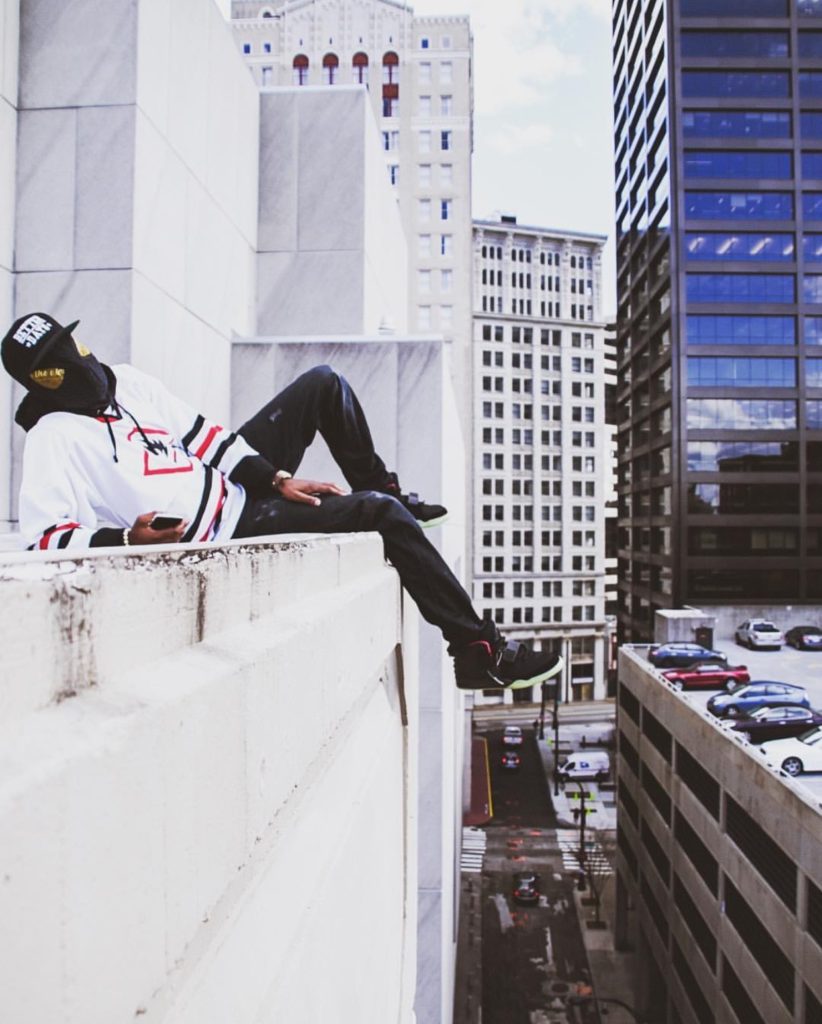 Being a transplant from NY, how has Atlanta affected you?

I cant say that being a transplant has really affected me. I’ve been down here since I was 4. Atlanta is my home and I love it. No place like it. Being able to see other people that look like me do well and become successful has made the most impact on me. Its been extremely motivational and shit. Makes me proud to represent Atlanta. Not sure if I can go anywhere else and see as many people of color do well in various industries. 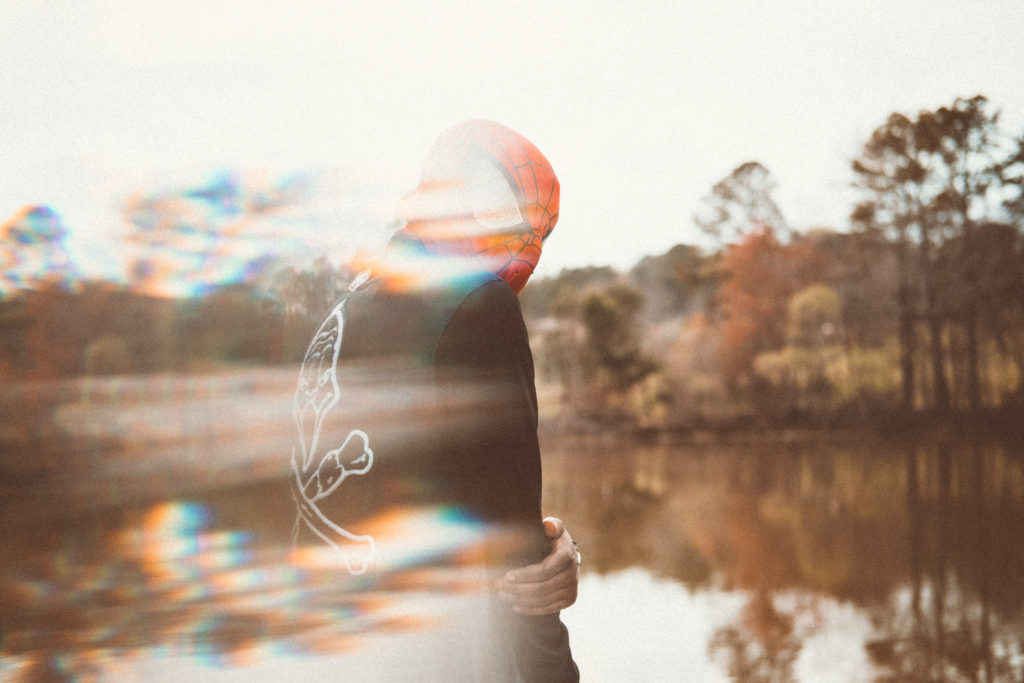 You’ve worked behind the scenes with a lot of notable people over the years. What experience/interaction do you most cherish?

Hmm, well I’ll always be grateful to Paper Frank for asking me to manage him. He gave me my intro to the art world. I’ll also be forever grateful to Evan for helping me to remain relevant in the art scene by allowing me to be his manager as well.

Those are two heavy hitters on the scene bruh. Congratulations.

Thanks man. We accomplished a lot together. Hopefully this will prompt people to do a little research and see how much of an impact we made on the city.

You like to showcase local brands in your work. Who do we need to look out for in 2017?

Sean Kelly a director based here in Atlanta, Stevie Pettus, and all the Brands in this first version of Petie Season of course. I’m also now the brand ambassador for 2 companies officially launching this summer, Wayv, Inc , and Muse Hemp Organics.

You’re recently launched an app. What are you trying to showcase with this Petie Season app?

I just love coming up with creative campaigns that allow me to merge my skill set with my passion for helping brands. I love art, I love fashion and I think my brand portrays that. So I really want show the art and fashion brands around the world that if they believe in me, I’ll go very hard at representing them and coming up with professional/innovative ways to help bring brand awareness. 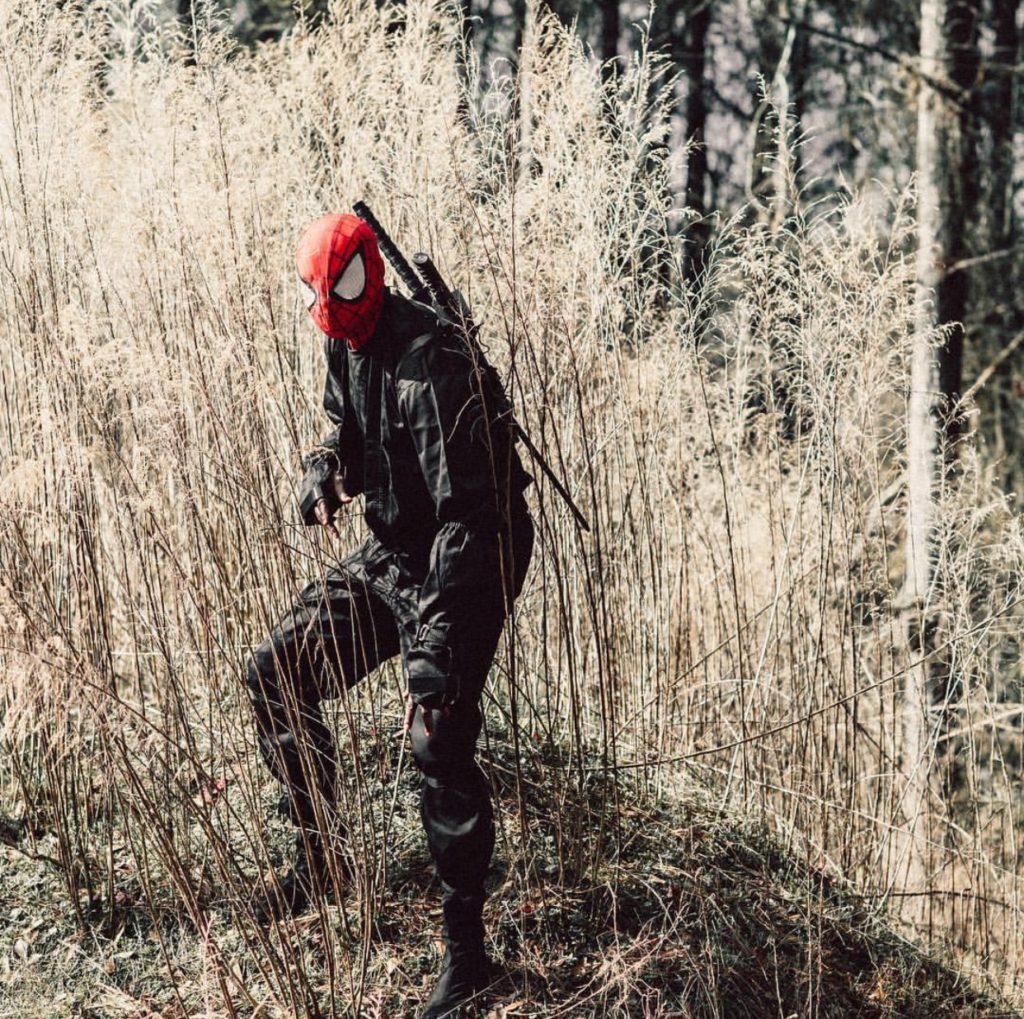 If you had one super power what would it be?

Wow, that’s a hard question man. I’d have to go with superhuman intelligence though. At least that way I would be able to better understand the damn algorithm Instagram uses… among other things.