Once again, you can get a dose of women’s tennis with all the men’s action at the 2018 BB&T Atlanta Open.

Defending BB&T Atlanta Open singles champion, John Isner, and the top-ranked American, Jack Sock, lead a strong field for the annual ATP World Tour tennis event at Atlantic Station in Midtown, to be held July 21-29, 2018. The most decorated doubles tandem of all-time and the defending doubles champions, Bob and Mike Bryan, The Bryan Brothers, will be looking to repeat. Once again, there will be a special women’s exhibition match on the opening weekend to kickoff a week of fun.

Stephens, 24, from Plantation, Fla., is currently ranked No. 13 on the WTA Tour and is coming off a year where she returned from a leg injury to win her first major title. Keys, 23, a native of Rock Island, Ill., sits right behind Stephens in the rankings at No. 14, and owns three career WTA titles. In addition to being last year’s U.S. Open finalist, Keys is a past Australian Open semifinalist and reached the quarters at Wimbledon.

Excitement is already brewing for this year’s women’s match. Making the women’s match even more interesting is that Stephens and Keys aren’t just rivals, they are good friends.

“Anytime you step out on the court with Madison, it is a challenge, but in a good way,” said Stephens. “It’s an honor to be a part of the tradition of having a women’s match kickoff a men’s event, in the BB&T Atlanta Open.”

“You figure out how to separate your friendship from being on the court, and I think when we come off the court, we’re able to leave what happens there and still have a great friendship off of the court,” explained Keys.

Four-time BB&T Atlanta Open champ, Isner, and top ranked American, Sock, will be looking to kickoff their summers with success in Atlanta. In 2017, Isner, the former University of Georgia All-American, locked down two tiebreakers on Championship Sunday to defeat friend and fellow American, Ryan Harrison, 7-6(6), 7-6(7). Isner is currently ranked No. 18.

So Gonzalez is happy to announce that the most decorated doubles team of all-time, The Bryan Brothers, a crowd favorite of Atlantans, will return to defend their doubles title.

“We have nothing but great memories of playing in Atlanta and the BB&T Atlanta Open,” the Bryan Brothers stated. “Atlanta is where we played our first professional tournament, and as the defending doubles champs, it’s our goal to repeat and win another BB&T Atlanta Open title.”

“Our 2018 BB&T Atlanta Open will be our biggest and best to date by providing a mix of marquee established players, along with the rising stars of tennis,” offers Gonzalez. “GF Sports is really proud to present this diverse offering to our tennis fans and sports fans.”

Once again the tournament venue will offer more shade and air conditioned viewing opportunities. Every seat in the stadium is close to the court and sight lines are some of the best in tennis. All week long there will be sponsor activities, player autograph sessions, and delicious food and drink. More player announcements will be forthcoming.

Get your tickets now for the women’s match, additional sessions during tournament week and of course for the final weekend of semifinal and finals action. Visit www.bbtatlantaopen.com. 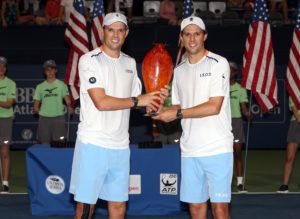 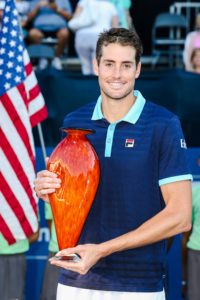 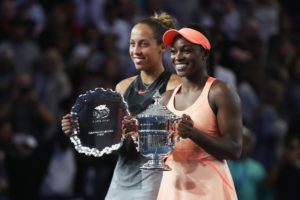 Your Chance to Volunteer for Super Bowl LIII

SunTrust Park one of the Best Values for MLB Stadiums