According to Atlanta fire crews, the shuttle was on its way to the airport when the crash happened. Nine patients were taken to Grady Memorial Hospital, and nine more were taken to Atlanta Medical Center. FOX 5’s Patty Pan reports two of the patients who were transported to Grady are in serious condition.

Authorities say the driver of the shuttle bus has several broken bones, and many of the passengers on the bus– who were not wearing seatbelts when the crash happened– also sustained broken bones.

The Georgia State Patrol and College Park Police Department are investigating the crash, but they say it appears the driver of the tractor-trailer was trying to make a u-turn on North Loop Road when the hotel shuttle bus t-boned it. 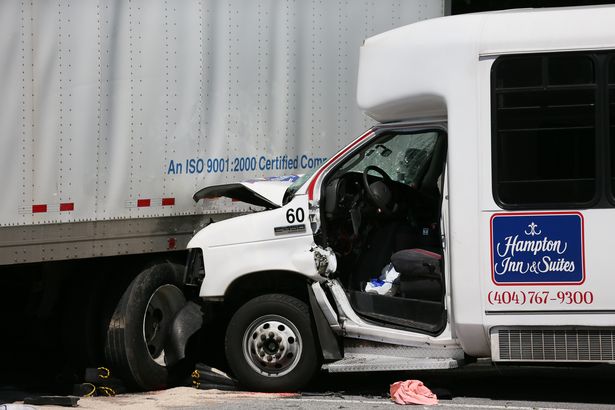 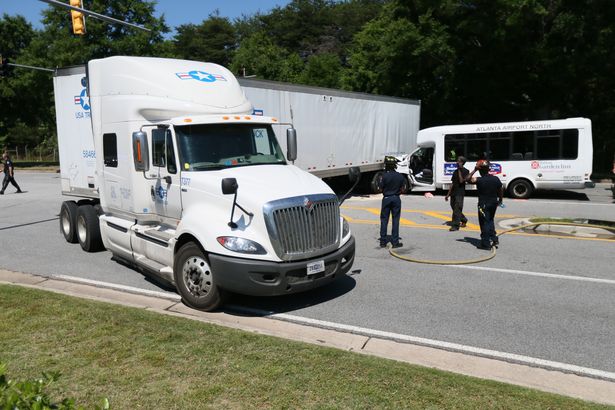 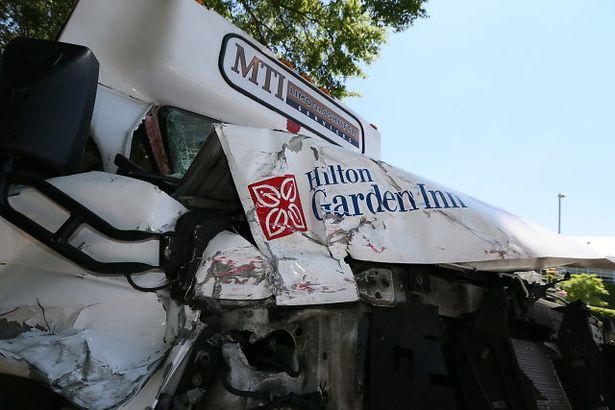 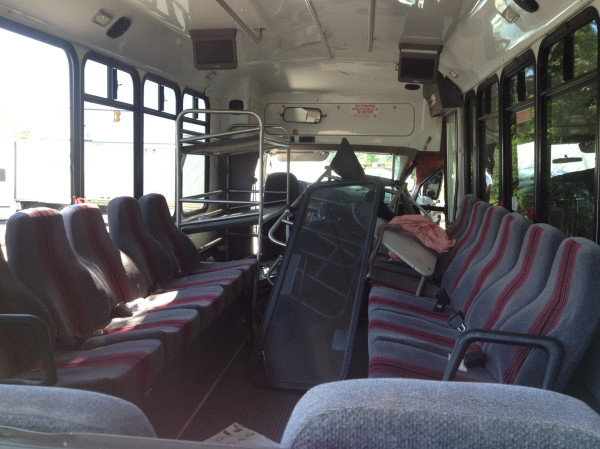