Robbing someone for sneakers is already pretty crass on its own, but posting pictures of the stolen kicks on social media afterwards is about as low as it gets. Thankfully, the dim-witted move led to the arrest of two Atlanta men. Police say that 17-year-old Davon Luckett and 19-year-old Reed Williams pulled a gun on a juvenile near his school bus stop and robbed him of his “Chrome” Air Jordan VI Lows.

“You need to come up out of those shoes,” one of the robbers allegedly told the victim before cocking his gun. The men absconded with the kicks, which had just dropped last Saturday, but it’s what happened next that will leave you shocked.

Apparently, one of the perps thought it would be a good idea to post pictures of the haul on social media. It didn’t take long for police to identify the men and issue arrest warrants, hitting both men with felony aggravated assault and armed robbery charges.

BUT WAIT — it gets even worse. “It should be noted Davon Luckett was wearing the stolen Jordan VI sneakers at the time of the arrest,” a press release said. We’re speechless. 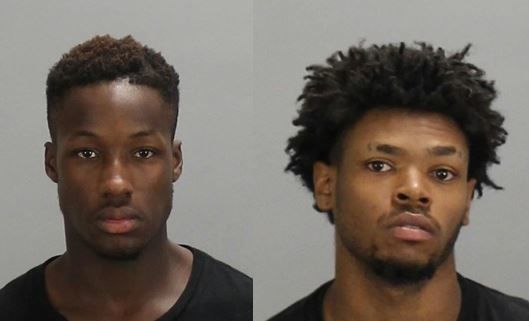 Future Attends a Funeral for "Blood On The Money" Video