Atlanta men Londrelle Hall (28) and Ray Mills (29) have made a honoring 550 mile run from Atlanta to Ferguson, Missouri for Michael Brown memorial. They started on November 3rd and arrived yesterday afternoon (November 21st).

Their main mission was to raise awareness “The Mike Brown incident happened and I had a reason to run for not just my problems, but the problems of the world. I came to Ray with the idea of running to Ferguson to raise awareness of what’s going on here, and he was behind it 100 percent. In our society we get complacent and things come and go, like Trayvon…and Mike Brown, so I wanted to do something that was meaningful and kept an eye on Ferguson.” Hall told ThinkProgressive.

Hall met Mills, a 29-year-old originally from Atlanta, several years ago. They were reconnected earlier this year through a non-profit organization called Flawed Foundation, which partnered with Run for Justice upon its inception.

The two trained for a month before leaving Atlanta. And both men were overwhelmed at the sight of Brown’s memorial, replete with flowers, candles, and teddy bears. 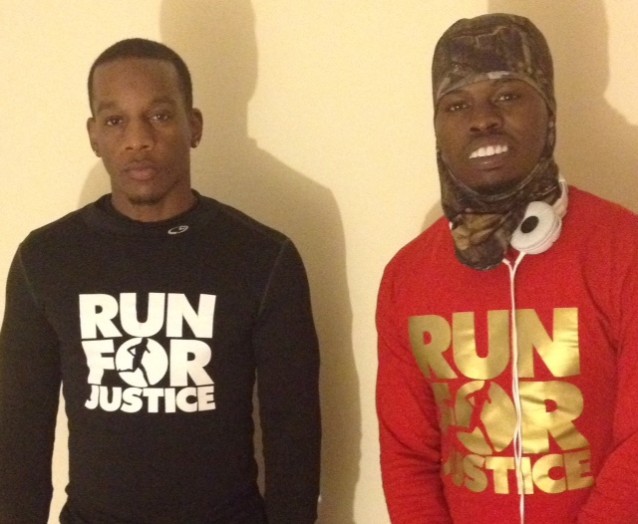