Atlanta Continues Churning Out Hilarious Memes After I-85 Collapses

Thursday, March 30, will be a day that will haunt every Atlanta commuter for the next 3 to 6 months. I-85 has taken a long-term reprieve and everyone is freaking out. All exits south of 85 are blocked and 85 north is only accessible from 75 north after Atlantic Station. So to keep from crying during the additional time tacked on to your morning commute, take a few moments to check through the best memes from bridgepocalyse ’17. 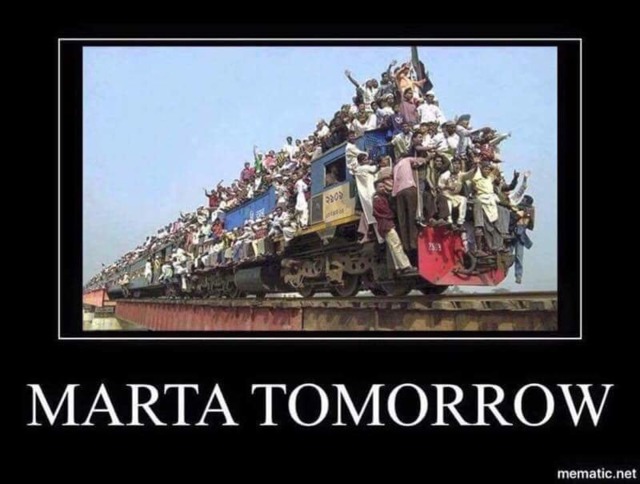 The day the bridge collapsed, this meme was released. Many Atliens frown upon public transportation, however, with a major highway shut down, many Atlanta natives have been forced to ride the MARTA for the first time. 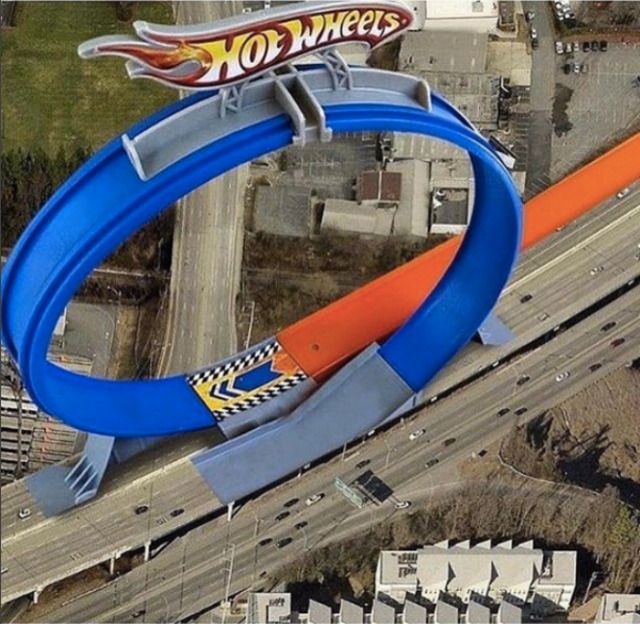 For anyone who ever played with Hot Wheels toys as a child, you are familiar with this spiral road as part of the track for the small cars. Traffic in Atlanta is always a nightmare, replacing the I-85 gap with this fun loop just might be enough to add some excitement in your day next time your sitting in bumper-to-bumper traffic. 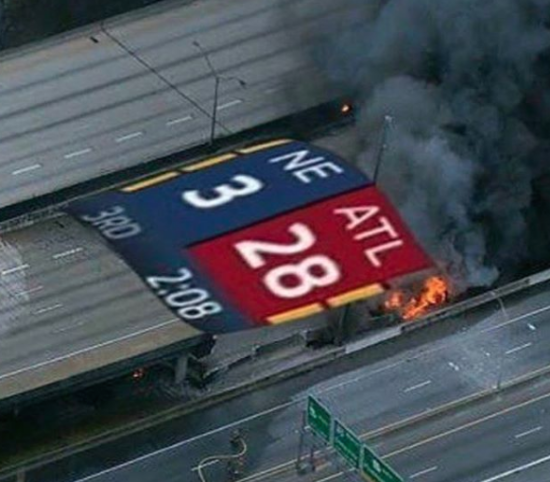 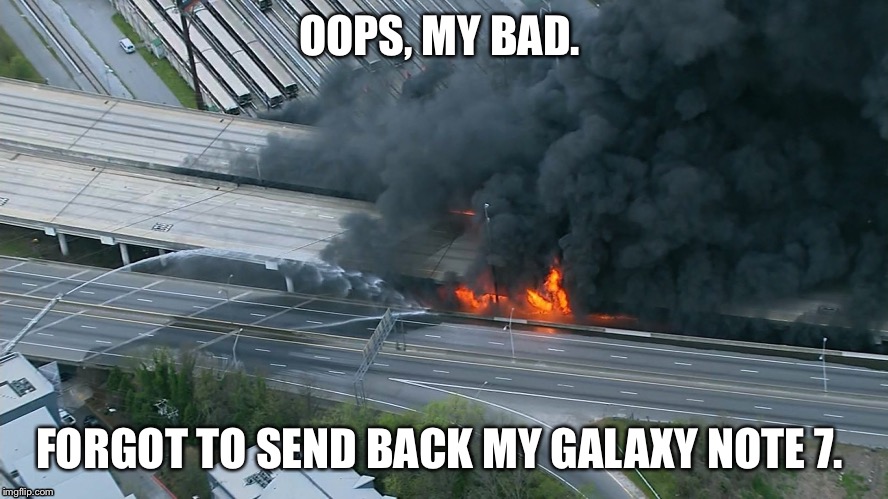 Even I-85 makes mistakes, guys. 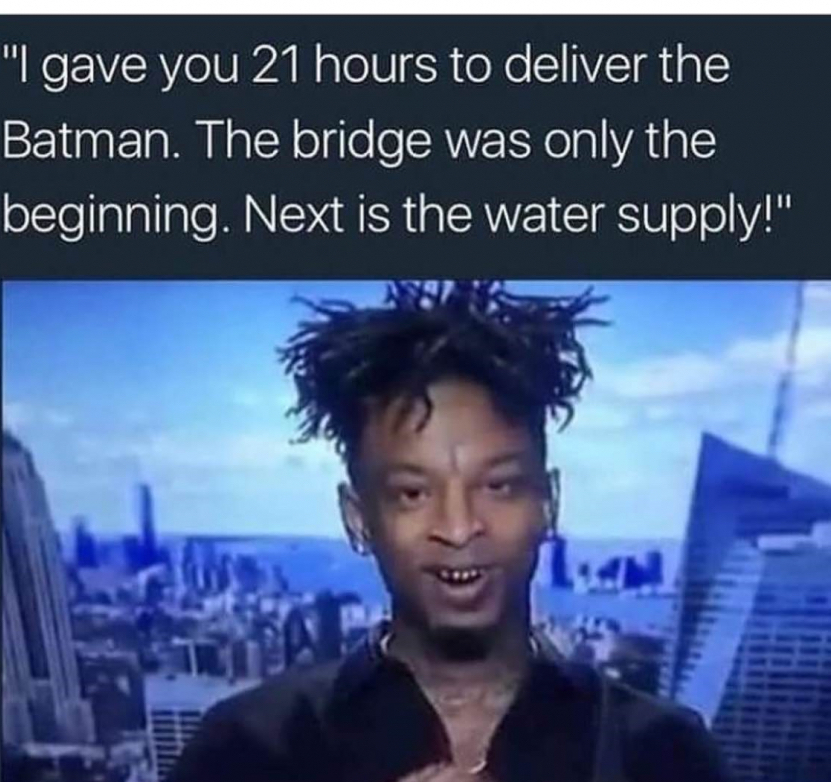 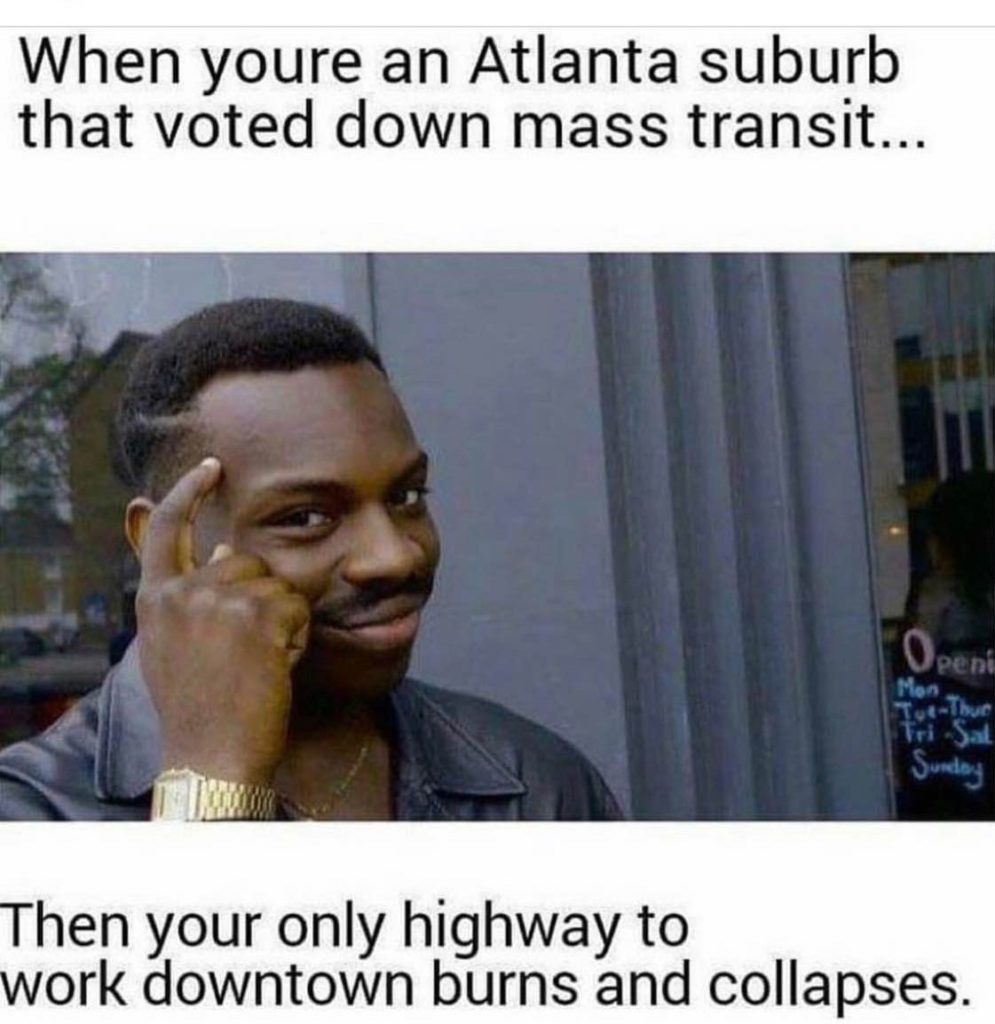 Having a Marta stop on a few street corners doesn’t seem so bad now does it. Sitting in traffic for up to an addition 45 minutes has a way of changing minds. 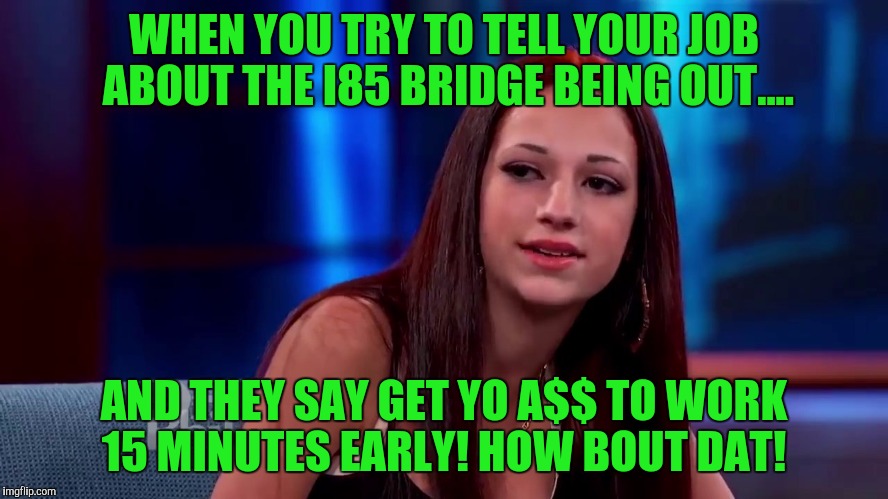 You would think that your boss would show you some sympathy considering the city is in havoc without I-85. 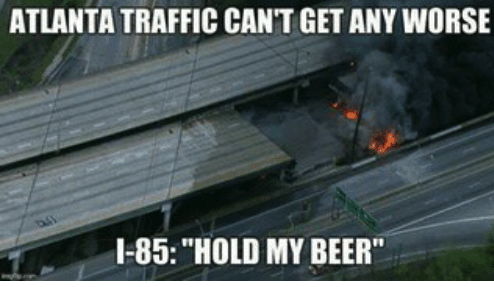 After hearing Atlantans complain about traffic for so long.. 85 decides to sass back. 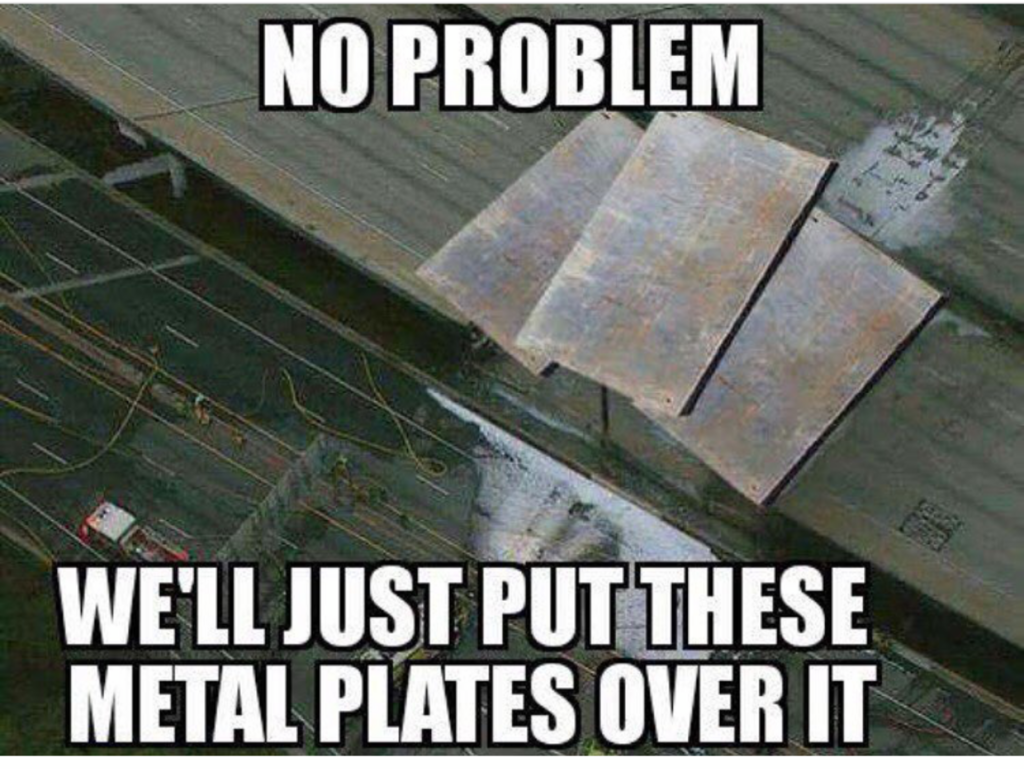 The saddest part about this is meme is that it’s not as far-fetched as you want it to be. Atlanta clearly has some weird bromance with these metal plates. 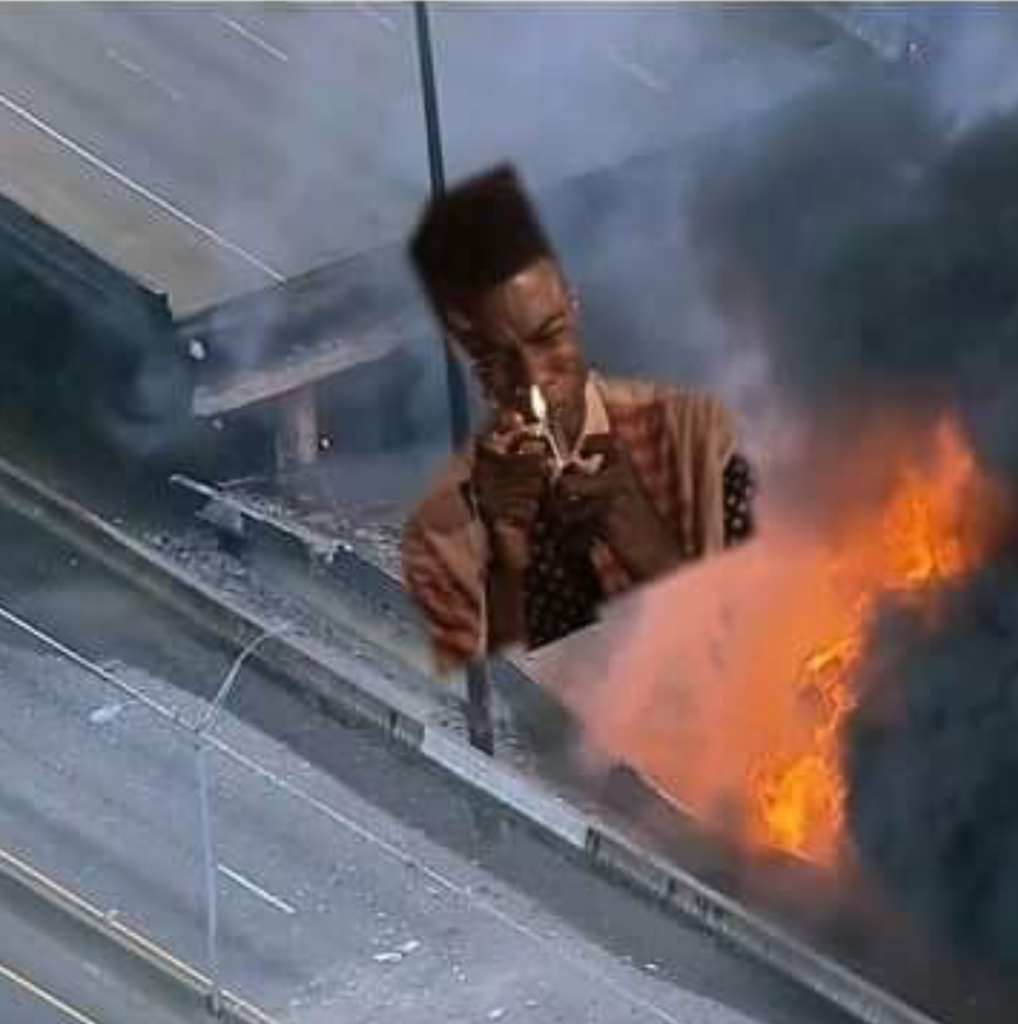 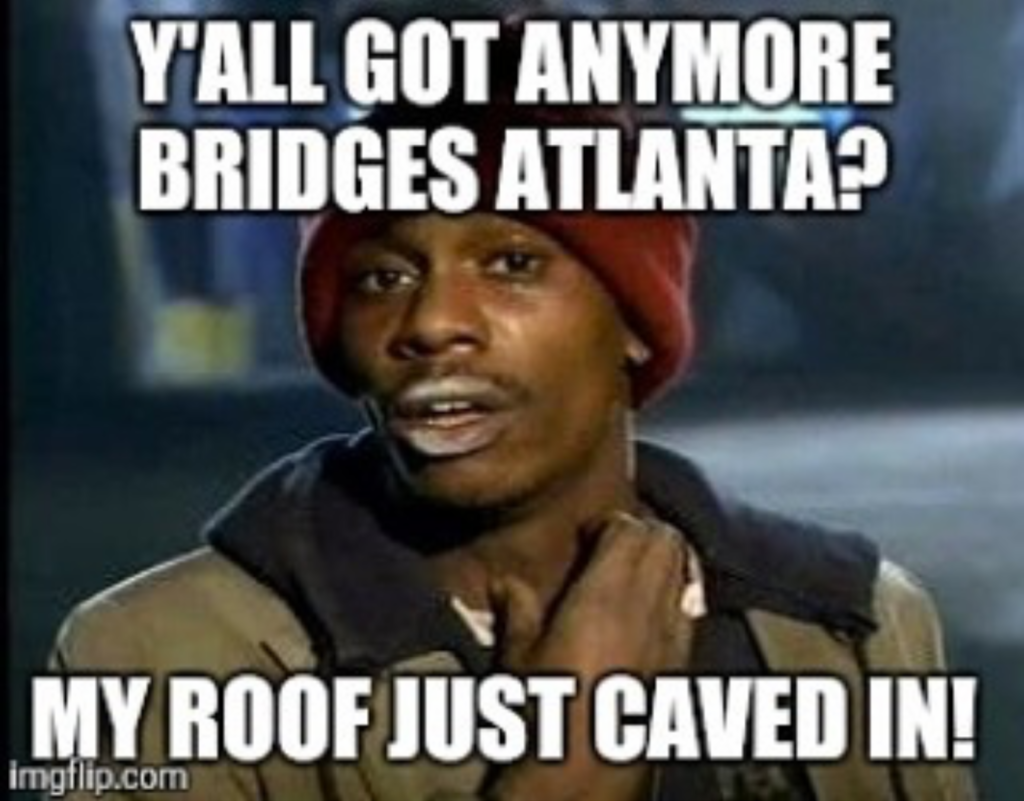 Look, you all knew the crackhead memes were coming. Whether you believe a crackhead started the fire or not, you have to admit that these are pretty funny.

Man Catches the Whole I-85 Fire on Snapchat Story