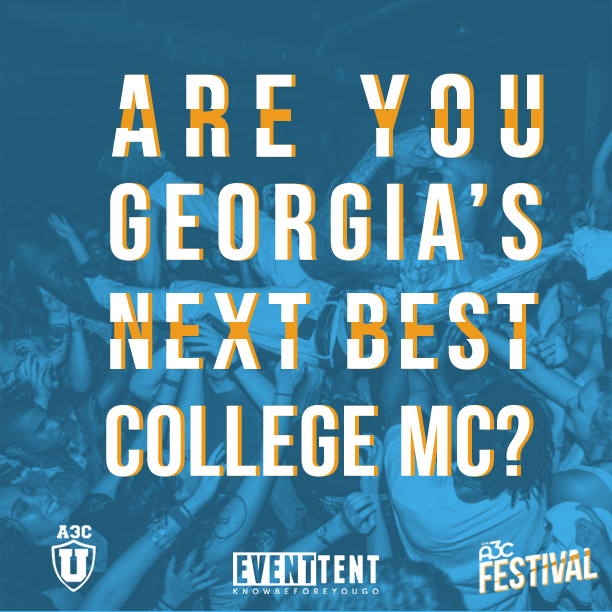 A3C is Searching For the Best College MC in Georgia! Is It You?

If there is one person on a Georgia college campus that tends to be even more well known than the school mascot, it’s the college’s friendly, neighborhood MC—and now Event Tent is hoping to give them a stage at A3C.

Whether you are known far and wide as the go to hip hop star at your school or if you’re the quiet MC who has yet to fully expose your lyrical prowess, A3C’s latest partnership is 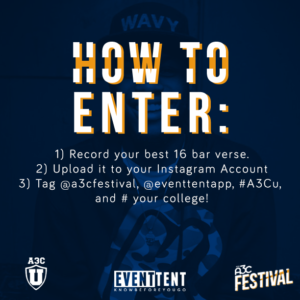 presenting a unique opportunity to you.

The return of #A3Cu means the massive hip hop festival is capitalizing on the stunning amount of talent that tends to be hiding in the crowds of Georgia universities and giving them the chance to perform on an A3C stage in hopes to claim their title as the best college MC in the entire state.

So how are they going to sort through all the competition? It’s simple.

College MCs will have until 11 pm EST on September 23 to record a video of the best 16 bars they have to offer. Contestants will then upload the video to Instagram and tag BOTH @a3cfestival and @eventtentapp while also using the hashtag #A3Cu and the corresponding hashtag for their college.

Here all the college hashtags for eligible schools:

Here is the best part about the competition—this is no popularity contest.

While the amount of likes on your video is certainly something that will be taken into consideration, it will not be the deciding factor for who is chosen to represent each university on the A3C stage.

For anyone who is familiar with the A3C festival, this should come as no surprise. 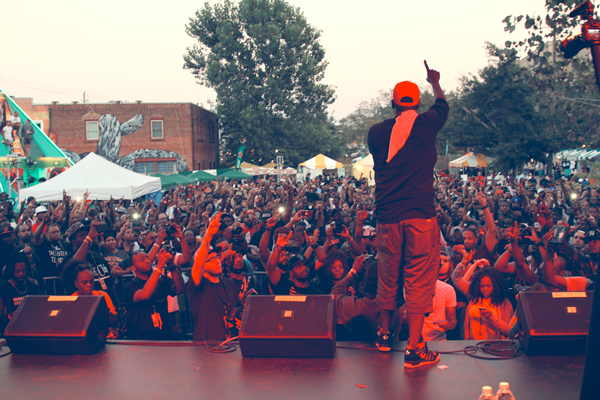 Don’t let A3C’s consistently large attendance fool you into thinking it’s just another hip hop event like any other. A3C has a history of being concerned about hip hop’s authentic roots and celebrating an entire art and culture rather than pandering to a more mainstream audience that may know very little about the genre outside of currently trending artists.

In other words, it’s all about quality over capitalism at A3C, which is a part of the reason the festival has seen the success that it has and managed to always draw out an incredibly diverse crowd.

What this all means is that the final selection will be one about talent and not just a social media following.

So with all this being said, time is running out for college MCs so be sure to submit your application as soon as possible! All contestants must be 18 or older and available to perform on the #A3Cu stage on Wednesday October 5 at Music Room if they are selected to represent their school in the final show.

Just a Georgia girl that likes gaming, gadgets and singing K Pop in the shower. Taylor Danielle has spent more than four years in the media industry covering a variety of beats including entertainment, local news, social issues, gaming, technology and more.