Lacrosse is arguably the fasting growing sport in the city. In fact, the Metro Atlanta Youth Lacrosse Association says the rapid growth of the sport in metro Atlanta is a good problem to have.

Families, including moms and dads are becoming new fans of the sport as well. And, we certainly know the generational pull of Star Wars fans.

On Saturday, Aug. 24, the Atlanta Blaze professional outdoor lacrosse team will hold a Star Wars night in conjunction with Lucas Films. Hey, maybe the lacrosse stick can transform into a lightsaber.

The Atlanta Blaze, your professional Major League Lacrosse (MLL) team, will be hosting fan-friendly events during its final two home regular season games. Fans are encouraged to show their Star Wars pride at the Saturday, Aug. 24 game versus the Chesapeake Bayhawks and the league’s leading scorer Lyle Thompson.

Fans are encouraged to wear their favorite Star Wars t-shirts and outfit to the game, live characters will interact with the crowd, and throughout the game day will feature special music and announcements in support of the theme.

“We are seeking fun and engaging ways to interact with our fans,” sad David Livingston, Atlanta Blaze’s Executive Vice President. “We partnered with Lucas Films to host this playful event that will ‘Summon the Force.’ Coupled with our venue change to Silverbacks Park, we are excited to entertain our fans at the final two regular season games before the playoffs.”

The Blaze will host Fan Appreciation Night during the final home regular season game on Saturday, Sept. 14 versus the Boston Cannons. Both games begin at 8pm.

In the midst of fighting for a playoff spot, the Blaze play its home games at Atlanta Silverbacks Park (3200 Atlanta Silverbacks Way). There is ample parking at the stadium and fans have access to an on-site restaurant and bar while enjoying the game.

Tickets can be purchase at fan-friendly prices ranging from $15-50 at www.TicketWeb.com.

Lacrosse is fast-paced, fun and you’ll feel like part of the action. 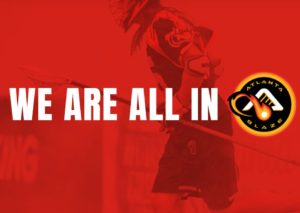 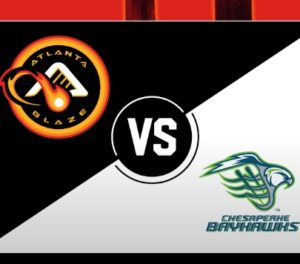