The WNBA is hot!

That includes record attendance at opening night games, a photo spread in the Sports Illustrated Swimsuit Issue and now a premium craft beer.

Yes, a craft beer as the Atlanta Dream are partnering with Atlanta’s Arches Brewing for Dream Empire, a smooth revival of the classic Vienna lager and the very first WNBA and local brewery collaboration.

A launch event at Arches Brewing was attended by VIPs, media and season ticket holders.

Dream players Kristy Wallace and Erica Wheeler made the rounds for the launch.

“I’m really glad I’m here for (this),” said Wallace, “This is a great craft beer and excited to have our name on their beer. The fact that we are getting recognized by these awesome companies and the support they are showing us, is a real good start.”

The craft beer industry in Atlanta has been growing over the last decade and the Dream’s point guard, Wheeler, says that is important.

“I love the fact that Arches are getting behind us. We are a strong brand and I’m happy to be a part of it.”

This is the perfect partnership for beer lovers and basketball fans.

Arches Brewing is a craft brewery located just south of Atlanta, near the Hartsfield-Jackson International Airport. With a focus on bringing the best of old-world tradition and modern brewing practices together to offer a wide variety of beer selections.

Our founders brewed their first batch in 2005 with the idea that beer could be made better through chemistry. We have a strong emphasis on classic lagers, but also brew many American styles along with several Euro-inspired ales.

As for a prediction for the 2022 season, Wallace seemed positive.

“It’s hard to say, so early in the season, but we are young, hungry and we want to win!”

For fans of “Dream Empire” beer, let’s just say they are “thirsty” for the playoffs. 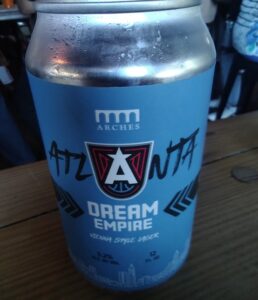 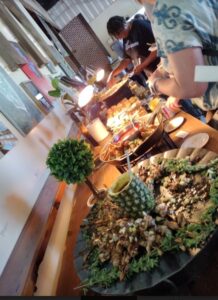 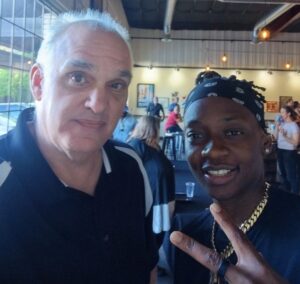