To get fans ready for the Final Four and to celebrate the sport of basketball and its rich history in Atlanta, the ABHC will have a “Fan Jam” truck, which will tour and make stops around the city beginning in May 2019 until April 2020. The Fan Jam truck will get Atlanta basketball players from all levels involved for community-level activities and initiatives.

“This will mark our fifth time hosting the NCAA Division I Men’s Basketball Championship and our second time hosting the Division II and Division III championship games,” said Carl Adkins, executive director of Atlanta Basketball Host Committee. “We are excited about the opportunity hosting these three events gives us to celebrate the sport of basketball with players and fans at all different levels from the pros to college to kindergarten. Our community activations will get fans of all ages excited about the championships and interested in the sport.”

During the “On the Clock” press conference today, the ABHC also announced they will be working with all of the Atlanta basketball community to celebrate 365 days of basketball leading up to the 2020 NCAA Men’s Final Four. “The Year of Basketball” initiative will include community-level activations throughout Atlanta, leading up to the Division I, II and III Men’s Championships. The ABHC named two-time NCAA Champion and current member of the Atlanta Hawks Board of Directors Grant Hill as the official Year of Basketball Ambassador. As part of the Year of Basketball initiative, the ABHC and its partners will participate in local events that celebrate basketball and promote academic achievement, workforce preparedness and Atlanta’s cutting-edge culture. Basketball players and fans from the Hawks to local high school and collegiate teams to anyone who likes to shoot hoops at their community court will have a chance to celebrate the sport all year long leading up to April 4-6, 2020, when Atlanta will host the three college championships.

“I am excited to represent the city of Atlanta and serve as an ambassador for The Year of Basketball,” said Grant Hill, two-time NCAA Champion and current member of the Atlanta Hawks Board of Directors. “I recognize the importance of continuing to promote the game of basketball and healthy lifestyles and look forward to playing a small role in helping shape our next generation of basketball fans.”

The Boys & Girls Club will be among a multitude of community organizations to partner with the ABHC for the Year of Basketball. In a previous press conference, the NCAA and ABHC announced that Joseph B. Whitehead Boys & Girls Club, a staple in southeast Atlanta serving more than 145 students daily, will be the site of the NCAA’s next Legacy Restoration project.

“Conducting all three basketball championships in one city on the same weekend provides student-athletes from each division a unique experience,” said Dan Gavitt, the NCAA’s senior vice president of basketball. “We’re thrilled that our membership approved of doing this again, and we’re confident that this is going to be another huge success, both in Atlanta in 2020 and in Dallas with the three women’s championships in 2023.”

“What struck me when we last did this in Atlanta in 2013 were the looks on the faces of the Division II and III student-athletes when they were introduced during the Final Four in front of 70,000 people. You could tell how special it was for them, their families and the fans of those schools to get that type of recognition,” Gavitt said. “Atlanta is an ideal setting for this, with venues that are walkable from each other and from downtown hotels and ancillary events. The attendance in 2013 for the two games exceeded 14,000, with a record number of media covering the Division II and III games. The footprint that Atlanta provides helped make that possible.”

As the Year of Basketball tips off, more information about each of the local activations will be released. To learn more about the 2020 Final Four, including information about volunteer opportunities, please visit NCAA.com/FinalFour 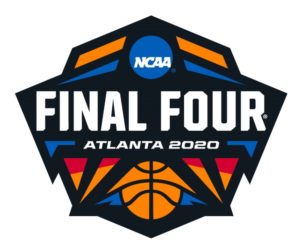 Georgia Woman Tiffany Moss Has Been Sentenced to Death