Last night, ‘The Rock’ showcased via his Instagram that ‘BayWatch” the remake of the ’90s TV series started today. Dwayne Johnson will be teaming up with stud Zac Efron to film the new movie in Savannah.

“This squad has been working extremely hard for months for these roles — the time has come — we start shooting TOMORROW,” he captioned a photo of the cast. “Let’s roll and bring the world some beach fun.” 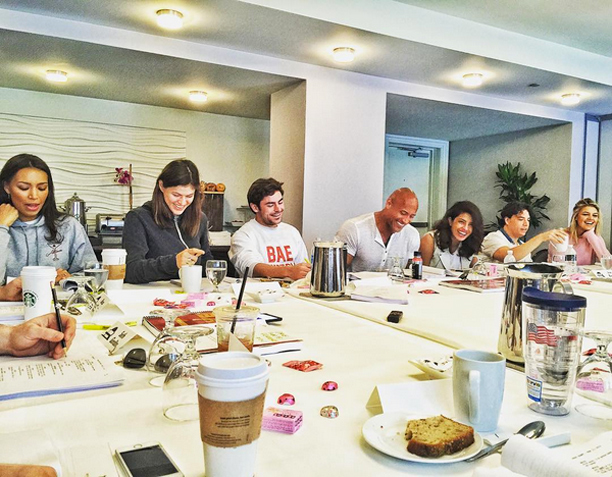 Johnson will star as an experienced lifeguard who teams with a newcomer (Efron) to defend the beach. Billions actress Ilfenesh Hadera will play his love interest, with Kelly Rohrbach filling the role held by Pamela Anderson in the original series. Alexandra Daddario takes on the female lead role of Summer, which Johnson promised she will make “iconic for the world to enjoy.”

Seth Gordon (Horrible Bosses) directs, with Beau Flynn and Ivan Reitman producing. The Baywatch reboot does not yet have a release date.

Jeff Francouer is back with the Braves