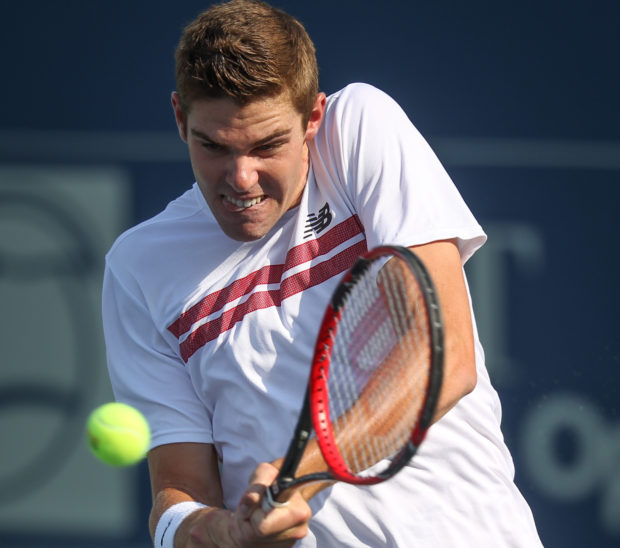 At the start of 2016 BB&T Atlanta Open, the focus of the week was on the possible historic run of top ranked American John Isner going for a fourth consecutive title. But an underlying story was developing, one that not many fans or players of the game of tennis could have seen coming.

Atlanta and the BB&T Atlanta Open are serving as a “launching pad” of sorts for young American tennis players.

This story begins on February 8 at the Racquet Club of Memphis, home of the Memphis Open. It is the first day of the main draw and a record five American teenagers will be playing in an ATP World Tour tournament for the first time in 25 years. Two of the players, Michael Mmoh, a former world No. 2 in juniors, and Jared Donaldson, protégé of Taylor Dent, qualified for the tournament, while fellow former juniors, Taylor Fritz, Tommy Paul and Frances Tiafoe, received wild cards.

Fritz, one of the last wild card entrants replacing injured compatriot Reilly Opelka, already had a significant tale developing on his end after the 2015 season. Rising nearly 1,000 places from his 2014 year-end ranking of No. 1141 to 177, the young American finished the year as world No. 1 in the ITF Junior Rankings and won back to back Challengers in Sacramento and Fairfield. What would materialize in Memphis could not be predicted.

Before the end of the week, Fritz had reached his first ATP final in only his third tour-level event, defeating veterans Steve Johnson, Benjamin Becker and Ricardas Berankis before falling in straight sets to three-time defending champion, Kei Nishikori. At 18 years old, Fritz also became the youngest American ATP finalist since 1989.

Although his dominant serve and solid groundstrokes have helped in his surge into the top 100, Fritz believes that tournament ownership groups such as GF Sports play an integral part in his success.

“Tournaments like Memphis are giving wild cards to young Americans and are giving amazing opportunities for a lot of us to get points and potentially skip the whole Futures and Challengers phase,” Fritz said. “They help us get experience playing against some of the best players in the world.”

Fast-forward six months later, professional tennis moves to Atlanta and so have the rankings of Fritz, Donaldson, Paul and Tiafoe, who have all cracked the world top 200. Atlanta also signifies the return of Opelka, who had been sidelined for the majority of 2015 with a stress fracture in his right foot.

Opelka made his ATP World Tour debut in Houston as lucky loser, but would go on to have mediocre results on the Futures and Challengers circuit before receiving a wild card into the BB&T Atlanta Open. Another unprecedented run was on the rise.

The 6-foot-11 wild card posted his first ATP World Tour career singles win by defeating fellow American Christopher Eubanks in the first round, then followed it up with a huge upset over No. 3 seed Kevin Anderson, saving two match points along the way. The world took notice when Opelka won his third straight match and entered the semifinals after taking out hometown hero, Donald Young in straight sets before falling to three-time defending champion John Isner in a three-set battle.

“There were no goals and no expectations coming into this tournament,” Opelka said. “It was all pretty interesting, I had never made the semifinals of a Future and never won a match at a Challenger but it was a good tournament and a great week. I’m thankful for the opportunity.”

After a successful completion of Atlanta in August 2015, GF Sports, LLC, a newly  integrated event content company, formed by the New York-based financial management company GF Capital Private Equity Fund, and its founder Gary Fuhrman, along with long time sports executive, Jerry Solomon and his Lynnfield-based company, StarGames, acquired the tournament. GF Sports has committed to reinvigorating the Atlanta and Memphis tournament brands and play a key role in reigniting the American torch in tennis.

“It is clear to us that the success of our Memphis Open presented by ServiceMaster and BB&T Atlanta Open is joined at the hip with the promotion and success of America’s next great stars,” commented GF Sports Executive Vice President Josh Ripple. “We have a mission to work with this generation of America’s rising stars and afford them a professional stage to develop and shine.”

“Our results in 2016 reflect our commitment, providing our upstart Americans all the main draw single wildcards as well as many opportunities in doubles and the qualifying draws that our tournaments possess. We feel a significant part of the success of players like Taylor Fritz (Memphis finalist) and Reilly Opelka (Atlanta semifinalist) have earned.”

In Atlanta commentating for ESPN during the tournament was Brad Gilbert, who sees the positive trend in the ATP #NextGen players from the United States.

“Obviously it has been lean times in American tennis compared to what we had for a long time now that the sport has become so global,” Gilbert said. “But I tell all the young guys not to compare themselves to Agassi or Sampras, I tell them to worry about the best player that they can be.”

“Right now we have really good group of young guys on the rise and when one makes a move forward, hopefully that will push the others.”

Fritz, who made it to his third ATP quarterfinal of the year with his run in Atlanta, believes that as a group, the best is yet to come for the young Americans.

“I wouldn’t have picked us all to be where we are at now a year ago. I always seem to underestimate what’s going to happen, but I would like to see us all in the top 100 next year and moving forward into 2017.”

The BB&T Atlanta Open returns to Atlanta and Atlantic Station in July, 2017. 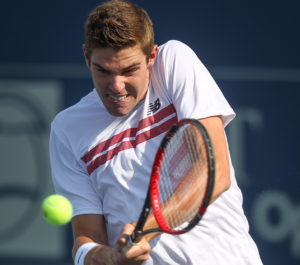