February being Black History Month isn’t the only reason to watch “Voices of the Civil Rights Movement” on Comcast NBC Universal, one should watch it to learn and become familiar with important figures and history of the United States.

Comcast customers can experience the entire Voices of the Civil Rights Movement collection on Xfinity On Demand — just say “Black History: Always On” into your X1 Voice Remote.

To promote the collection, Comcast NBCUniversal hosted a special dinner program and screening in Atlanta to celebrate the seventh anniversary of its Voices of the Civil Rights Movement platform, which commemorates the legacy and impact of America’s civil rights champions.

The program honored Atlanta-based civil rights champions who contributed their stories to the Voices of the Civil Rights Movement, including:

Those involved felt it was once again an honor.

“I am thrilled to participate in such a special evening where we can fully appreciate the many contributions our brave civil rights leaders have made,” said Ambassador Andrew Young. “I applaud Comcast NBCUniversal for its dedication to giving a voice to such an important part of our nation’s history.”

“Being part of the Voices of the Civil Rights Movement platform is an honor, and I am grateful that Comcast NBCUniversal created this initiative to allow these stories to be shared with viewers across the world,” said M. Alexis Scott, former publisher of the Atlanta Daily World.

Remember, just say “Black History: Always On” into your X1 Voice Remote. The platform is also free to the general public at CivRightsVoices.com and @CivRightsVoices on Facebook, Twitter and Instagram. 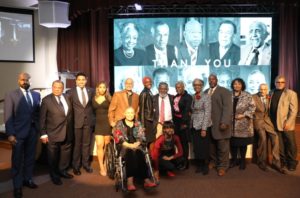 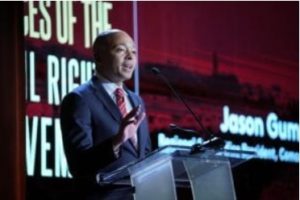