Commit to Action on MLK Day 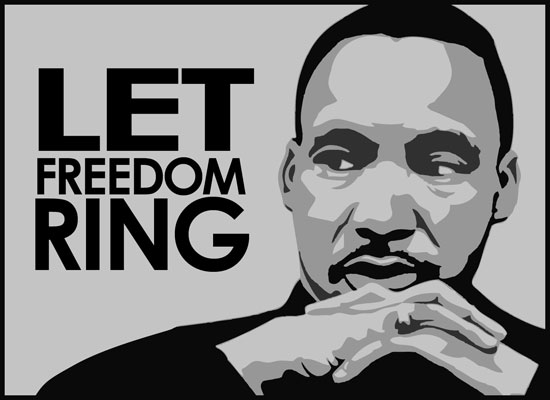 The MLK Holiday is Monday, January 20th 2014. This holiday is not just for black people. It is not intended just to celebrate a cornerstone of black history. It is not just a day away from school or work. It’s a day for action, especially for us Georgians, because Dr. King was born and did substantial work in and around Atlanta until his untimely death. We have a particularly important role in preserving and strengthening the legacy of Dr. King.

Dr. King was born and raised in Atlanta, Georgia; he graduated from Morehouse College and eventually became the Pastor of Ebenezer Baptist Church. He worked tirelessly with the NAACP and the Southern Christian Leadership Conference in Georgia and across the south addressing unequal treatment toward minorities. He, along with his wife Coretta Scott King, rest eternally in the heart of Atlanta at the King Center where his life’s struggles and successes are displayed for the world to see.  Dr. King did substantial work in Birmingham as well, but his home was Atlanta. And with that being said, Atlanta, and the state of Georgia must play a heightened role in honoring Dr. King on January 20th.

The parades are good, and tuning into the annual King Service at Ebenezer Church is always inspiring, but so much more can be done to honor Dr. King. I am not proposing that you go organize a modern-day March on Washington, but simple gestures such as visiting a senior citizens home, registering people to vote, or even teaching someone about the works and legacy of Dr. King are all sufficient ways to honor him on his holiday. We have an obligation as citizens of this country and especially as inhabitants of the state of Georgia to keep our fellow Georgian’s legacy alive for the world to see.

Dr. King was a man of action, a man of resolve, a man with a vision. His vision was not just for black people, but for a divided nation and the world. He realized that we are all human. He knew skin color, hair texture, nationality, or other trivial characteristics are no grounds for treating each other different. We all are born the same way, we all bleed red, and we will all eventually die. We have to do the best we can to live together in unity and harmony because we only have one shot on earth and no one should go through life being hated or hating someone because of skin color. With all of that being said, my hope is that we all try to make a difference, big or small, on MLK day.