Saturday, June 18, welcomes the release of two new themed Jordans. The first celebrates the city of Charlotte, where Michael Jordon owns a basketball franchise, while the other pays homage to the NBA’s Sacramento Kings. Let’s take a look closer look with the Friday Footwear Feature powered by Footaction.

When it comes to Jordans, just like life, nothing is new under the sun. The brand has always had a knack for doing themes and highlighting cities that have some significance to MJ. The Jordan 10 has been an EXCEPTIONAL model for said highlights. The original Air Jordan 10 city pack, released in 1995, is still a sought after collection. Flash forward to 2016 and we see a revamped version of the aforementioned city pack.

The Air Jordan 10 “Charlotte” is an ode to MJ’s home state and to the Hornets franchise that he owns. It features a pearlized leather upper, “CHA” stitched on the lateral side of the sneaker, and the trademarked horizontal stripes of the Jordan 10 dressed in the Hornets colors. For those unfamiliar with the Jordan 10, the soles highlight a laundry list of Michael’s achievements during his first 10 years in the league.

The Air Jordan 10 “Charlotte” fits true to size and is VERY accommodating to the wide, narrow, flat and high arching foot.  The traction was solid, sticky and responsive. This was the model that reintroduced the full-length Nike Air cushioning system to the Jordan line. While it’s only fair to note that it’s not quite as soft as the OGs, it still feels great on foot. The mid cut of the sneaker and lacing system provide solid support, which may explain why they require such a minimal break-in period. They would easily be ready to go out of the box for an impromptu hooping session or a busy day that may keep you on your feet.

This weekend’s second release caters to those with smaller feet. Dubbed the “Kings” after the NBA franchise, this Air Jordan 12 is a grade school only release. Jordan Brand has been releasing 12s all year in OG/new colorways and they have been subsequently flying off the shelves. This unique material and color combo should see the same result.

The grade school only release means I wasn’t able to try the shoes on personally but Savage Sarah of the GVT was able to slip a pair on for a try. Here is what he/she had to say about the experience:

The Air Jordan 12 “Kings” have outstanding traction. Even on wet hardwood floors there were no issues with slips, which is a key selling point of any premium basketball sneaker.  The design continued to impress with a full length Zoom Air unit that stretches from heel to toe. They fit true to size but will feel a bit looser once broken in, which is something to consider for consumers who tend to land in the gray area between two sizes. 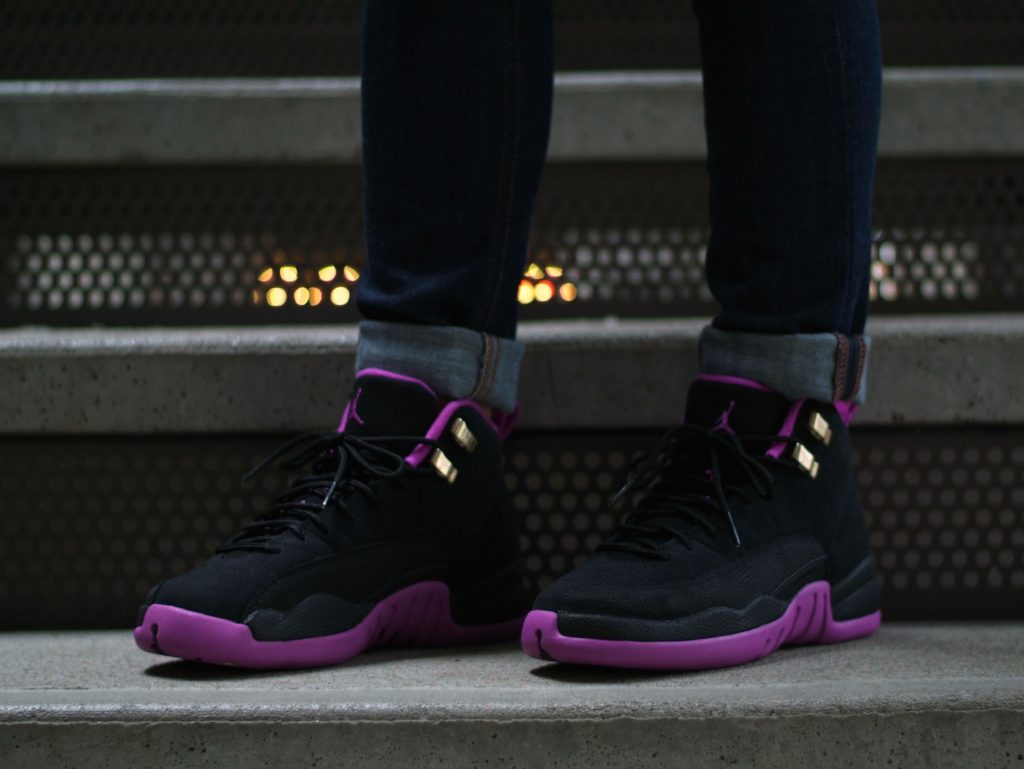 The support inside the sneakers mark yet another slam dunk for the 12s. The shoes flaunt great arch support that makes them comfortable even for those who may have flat feet or low arches. It’s just enough to give support, but not overbearing to the point where it feels like you have a hill in the inset of your foot.

Without a doubt, the Kings over achieve when it comes to comfort. But the successes don’t stop there. The Kings prove there is no reason to sacrifice style for comfort as the sneaker is just as aesthetically impressive. These 12s opt for a sleek black nubuck instead of full grain or split grain leather, giving the sneakers a clean, velvety finish. That clean aesthetic also comes from the simple color way that these tout—a predominantly black palette with hyper violet accents on the tongue, liner, heel tabs and outsoles. It makes them simple enough to be casual a rather universal despite such a bright color being a part of the design while also giving just enough color to catch the eyes of other sneaker lovers that might be passing by. 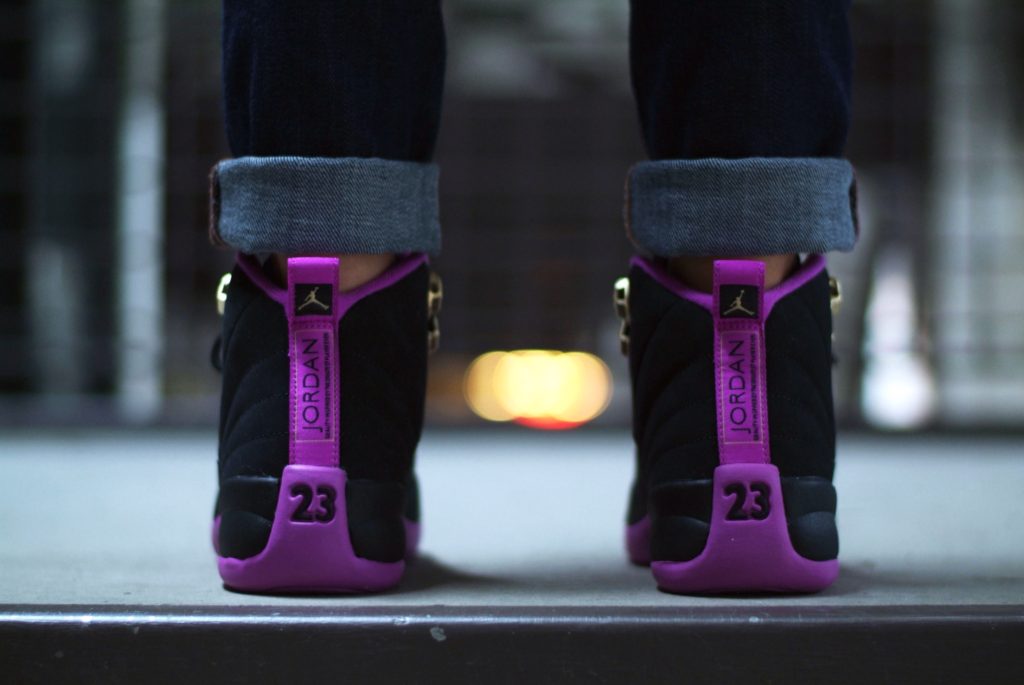 Thanks to Footaction for providing the shoes!

Thanks to Sarah for the tiny foot assist! Follow her!