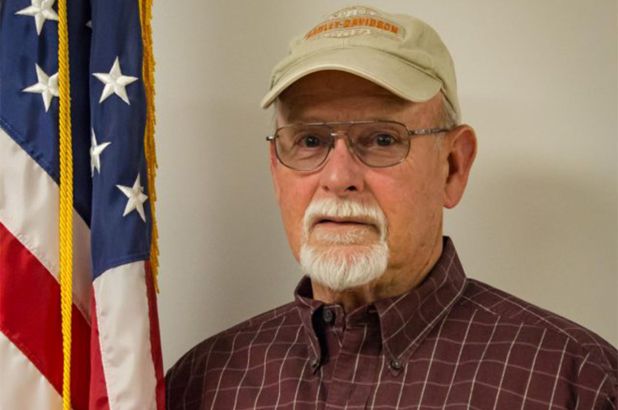 A Georgia city councilman resigned on Tuesday amid accusations of racism due to his strong opposition to interracial marriage.

Hoschton City Councilman Jim Cleveland said he chose to resign to avoid facing voters in a recall election next month and he didn’t want to give his opponents the pleasure of saying they voted him out.


“They filed ethics complaints and when that didn’t go anywhere they started a recall against me and the mayor,” Cleveland told ABC News on Tuesday. “It went all the way through and it got approved for a recall election. My thinking of it was, ‘If they got it this far, then why go through an election and let them recall me? I’ll just resign.'”

The small Georgia town became the poster child for racial intolerance earlier this year when Cleveland, who has served on the council for a decade, spoke out against interracial marriage, citing his “Christian beliefs” on race. His comments came against the backdrop of unproven claims that the city’s mayor, Theresa Kenerly, had declined to hire an black candidate for city administrator because of his race.

“I am still, in my opinion, a respected member of this community. I have more people, I believe, that feel the way I do about everything. But the ones that are against me are a very, very vocal group. And I’m just tired of hearing it,” Cleveland said. “They are calling me a racist and I don’t consider myself a racist and I’ll tell you why. I have very good friends that are are black. I have Spanish, Asians, all kind of members in my church, and none of them consider me a racist. ”

Cleveland, who described himself as a close friend of the mayor, said she did not pass on hiring the candidate due to his race. 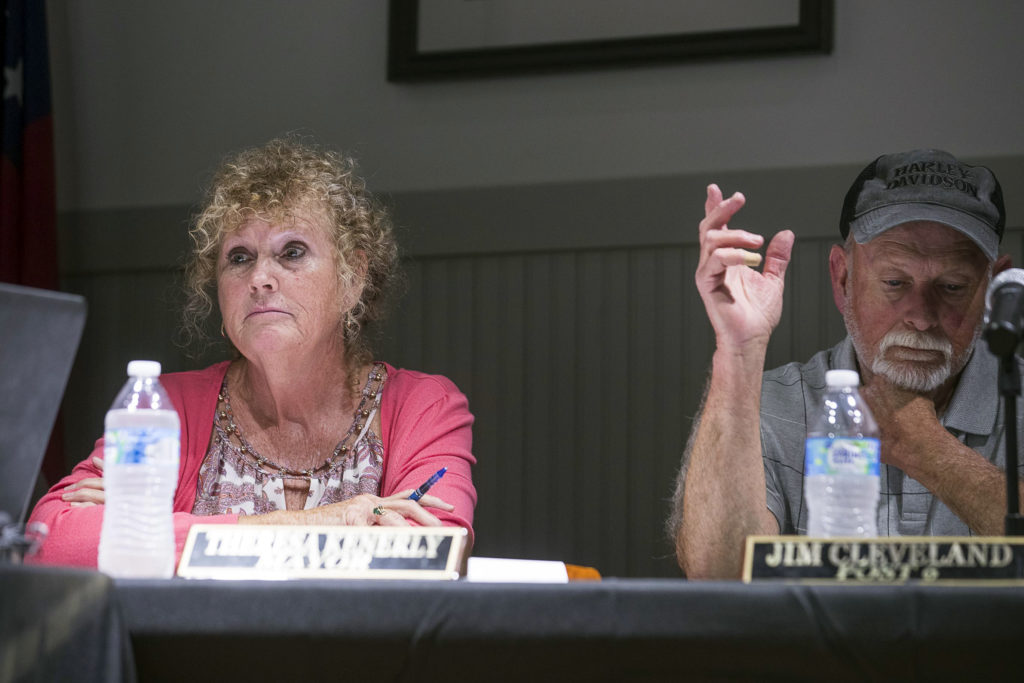 Mayor Theresa Kenerly, left, and City Councilman Jim Cleveland, right, sit during a city council meeting at the Hoschton Historic Train Depot in Hoschton, Ga., Monday, May 6, 2019. The mayor of the mostly white north Georgia city is being criticized for comments attributed to her that the community isn’t ready to have an African American city administrator. (Alyssa Pointer/Atlanta Journal-Constitution via AP)

The ex-councilman acknowledged that there was a time when seeing a mixed-race couple would make his “blood boil,” but he’s become much more tolerant with as he got older.

“I was raised in a Southern Baptist church and I have been taught to believe, and it makes a lot of sense to me, that God created all these different races and if he had wanted them all commingled into one race, he would have done it himself,” Cleveland said. “Why did he create all these races, if he didn’t mean for us to be separated by race?”

Cleveland’s stance on interracial marriage sparked outrage around the state, prompting immediate calls for his resignation.

Representatives on both sides of the political aisle in Jackson County, which encompasses Hoschton, rebuked his statements and even hosted a joint event to encourage residents to file ethics complaints against him and the mayor.