Georgia Golfers, Jim Furyk to Tee it Up at Barbasol Next Week

Sure we have the Masters and the PGA Tour Championship here each year in the Peach State, along with the RSM Classic in the fall at Sea Island, but the Atlanta area no longer has a regular PGA Tour stop. Those looking to catch some PGA Tour action, including getting a chance to see some of the young stars of the sport, can head west to Opelika, Ala., this week and experience the Barbasol Championship.

Taking place on the RTJ Trail (Grand National Course), this is a relaxed environment and hospitality is at it’s finest for golfers and fans in Opelika.

• COURSE: RTJ Golf Trail/Grand National (Lake), 7,302 yards, par 71. Lauded by designer Robert Trent Jones Sr. as the greatest site for a golf complex he’s ever seen, Grand National’s Lake course might be his favorite among the 11 courses on the namesake trail. Twelve holes run along the shore of 600-acre Lake Saugahatchee, and the Lake’s collection of par-3s can stand up to most any in the nation. The par-3 sixth hole plays up to 230 yards over water to a small finger of land jutting out into the lake. Christened in 1992, Grand National played host five years later to what’s now the Web.com Tour’s season finale, where Steve Flesch emerged as the winner. The Barbasol Championship arrived two years ago.

• CHARITY: The Robert Trent Jones Golf Trail Foundation is the tournament’s charitable arm, with proceeds divided to benefit the RTJ Golf Trail’s local communities and select charities that impact Alabama as a whole.

• WHO TO WATCH: Jim Furyk, ineligible for a major for the first time in 22 years, tops the marquee as “Mr. 58” joins fellow former major champions Angel Cabrera and Retief Goosen. … Aaron Baddeley will not defend his title, having secured a berth in the Open Championship at Royal Birkdale. … Davis Love III and son Dru tee it up in the same event for the second time in three weeks, coming after both played the Greenbrier Classic. It will be the younger Love’s fourth professional start; 677 fewer than his dad. … Charlie Wi, who stepped back last winter to focus on his teaching academy, makes just his fourth start of 2017.

There are also many players with Georgia ties to root for this week.

Players with Georgia Connection in the Field

Get over to Alabama for some great golf. 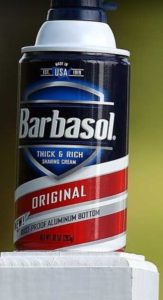 Aaron Carter Arrested in Habersham County for DUI and Weed

Georgia WILL NOT Have Tax-Free Weekend