Cooper, a sophomore, suffered an ugly finger injury during the Eagles’ game against Georgia. The thumb, index, middle and pinkie finger are fine. The ring finger, however, is Oh man, I’m gonna be sick.

Via Mock Session (you should follow Timothy Burke on Twitter, by the way), a screen grab of Cooper’s mangled digit: 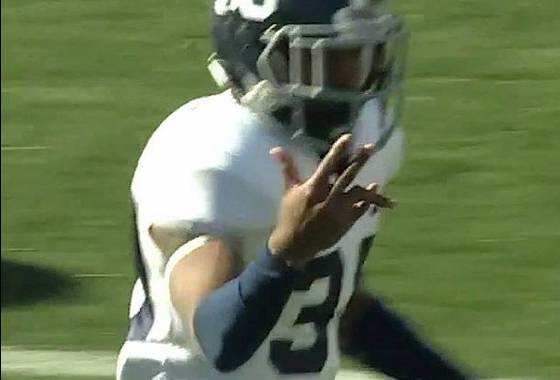