Georgians Invited to Attend US Women’s Open Golf in Alabama

Big news for golf enthusiasts as the 73rd U.S. Women’s Open Championship, which will be conducted May 31-June 3 at historic Shoal Creek. It will be the first U.S. Women’s Open contested in Alabama. The course is less than 2.5 hours from many places in Georgia and it’s a great chance to attend this important USGA championship.

The course was open to media to play on Monday of this week and it’s in perfect US Open shape. Beautiful vistas, fairways and greens rolling perfectly. We even got a little preview of some US Open rough.

Says Shannon Rouillard, event director: “To host Alabama’s first U.S. Women’s Open is a historic moment for the USGA and the state of Alabama, and to have such a strong field represented in the championship is fitting.”

The tournament will feature the best women’s golfers in the world. This will be the third USGA championship held at Shoal Creek. In 1986, the U.S. Amateur Championship. In 2008, Cameron Peck captured the U.S. Junior Amateur.

More information on logistic and parking will soon be released, but for golf fans in Georgia, this is a hug opportunity.

156, comprised of professionals and amateurs

Get tickets at https://www.cuetoems.com/uswo_2018/Tickets.aspx and some volunteers are also needed. 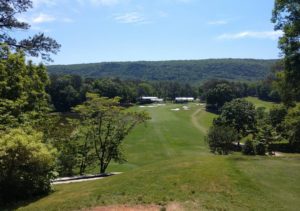 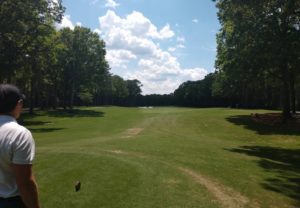 Yoyo Ferro Connects with Stella Artois for, "The Art of the Chalice" Mural