Hart of America – One of the funniest productions out of Atlanta

Hats off to Dad’s Garage for producing one of Atlanta’s funniest independent comedies this year, Hart of America. We recently attended a private screening debut of the film at The Plaza Theater and literally laughed out loud the whole way through.

Kevin Gillese and Arlen Konopaki, co-authors of Hart of America, bring together the story of an over authoritative and sexually frustrated detective tracking down a murderer, a tree hugger with OCD trying to rehabilitate an alcoholic Big Foot, and a terminally ill grandmother dying of everything. Amber Nash stars in the show playing each of the main characters. Her dry wit and range of voices plus the writers cleverness and reversal of expectation kept the theater cackling.

Millineanls still find appreciation for lengthier productions outside of Vine and Snapchat and Hart of America wins us over by “responding to the changing mediascape today’s performers work in.” Kevin and Arlen do an excellent job incorporating jargon and references relevant to our times.

Most commendable, Dad’s Garage “gives Atlanta’s top performers the tools [they] need to kick ass in the entertainment world.” Hart of America features celebrities Colin Mochrie, best known for his role on Whose Line is it Anyway, Fred Willard and few others. Each are great assets to the film. Fred made us laugh so hard at one point we nearly fell out our chairs. But the cameos aren’t enough to overshadow lesser known cast members leading the performance. Clint Sowell, Perry Frost, and Matt Horgan are great reminders to Hollywood that Atlanta welcomes their attempt at gentrifying our film industry but we’re not being left out.

We don’t want to give away too much or any spoiler alerts so check out the first episode below and entire production for yourself. Dad’s Garage broke the film down into 10 webisodes you’ll more than likely end up binge watching. You can catch them all online here: hartofamerica.com

Be sure to check out live improv performances by Dad’s Garage as well or sign up for an improve class yourself! Dad’s Garage Theatre Company has been around since 1995. What started off as “a small volunteer led organization [has grown] to a thriving mid-size theatre led by professional artistic and administrative staff  including over 300 volunteers and performers.” Check them out! 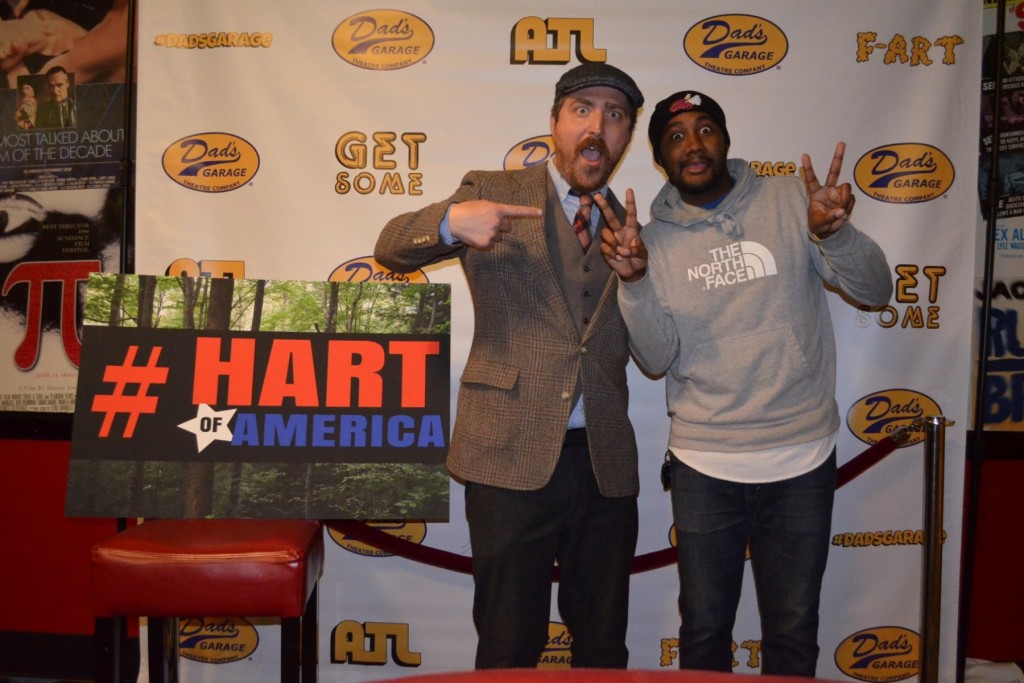