Johns Creek residents are substantially better off than most Americans, with the median city household making more than $100,000. By comparison, the typical American household earned $51,371 in 2012, while the median household income in Georgia was just over $47,000. Area homes are also among the most costly in the country. The median home value was $337,900.

While Johns Creek is one of just a few cities reviewed without a single college, area adults are very well educated. Nearly 65% had completed at least a bachelor’s degree as of 2012, one of the highest attainment rates nationwide. One of the few downsides to living in the city is commuting. The average commute time for residents was over half an hour, more than in most cities.

You can read the rest of the list here. 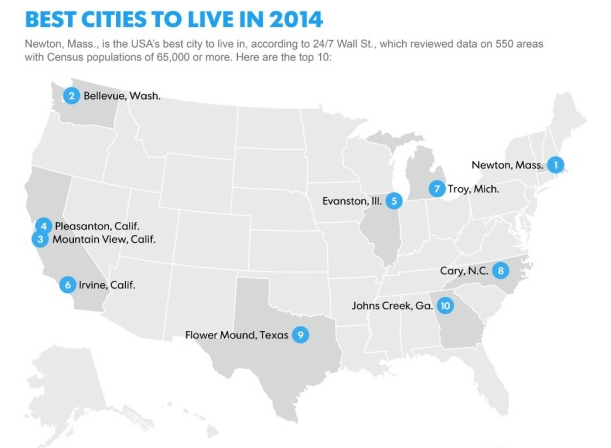