Kennesaw State's Amani Johnson is More than a 1000 Point Scorer and Conference Player of the Week. This Pennsylvania Native has Taken to Kennesaw and Takes on this Reporter in a Free Throw Contest.

The first thing you see as you enter the Kennesaw State basketball practice facility is a large action shot of Amani Johnson on the wall.

The truth is, Johnson is not only on the wall, but she is on the practice court, in the training room, sitting in class, leading a student government meeting and trying to get “free parking” for her teammates.

“They think since I’m student government President that I can get them free parking on campus,” laughs Johnson. “I love my teammates, but I can’t even get that for myself.”

All jokes aside, Johnson is an Accounting Major with a Minor in Spanish, point guard of the Women’s Basketball Team, Student Government Association President and serves as the Financial Secretary and Fundraising Chair for the Sigma Alpha Chapter of Sigma Gamma Rho Sorority. She also will soon be pursuing her MBA.

“My teammates think I’m crazy. My coaches are really awesome and helpful; if I have a meeting or something, they can schedule practice around it or if they know I need to get somewhere.”

To say Johnson likes “staying busy” is an understatement.

“In high school I was involved in just about every club: National Honor Society, Spanish Club, Student Council.
It’s just who I am, even in seventh and eighth grade. It’s just who I am and I’m glad I got to continue that in college.”

Typical student-athletes have to be experts at time management, especially at D-I schools, but Johnson says it’s all about making choices.

“As an athlete, sometimes you have to choose between having a regular college experience and being the athlete. Who says, why can’t you do both? I want to try it!”

Just like guarding the opponent’s best player on the court or making a three-point shot to send the game into overtime, Johnson is up for the challenge.

“I love it, it’s really rewarding. It’s fun trying to keep up.”

Getting an up-close look at Johnson making the most of her senior year, is Kennesaw State first-year coach, Octavia Blue.

Blue, a veteran coach who has played with and coached some of the best players in the world as an assistant coach and former WNBA and international professional player is constantly impressed by her point guard on and off the court.

“Amani is the glue that holds everything together. She is so reliable and can fill any role asked of her. She has the heart of a champion who leads by example and has been instrumental in helping me establish our new culture.”

Even though she was recruited by the previous coach at KSU, Johnson is making the most of the opportunity to learn from Coach Blue.

“I love Coach Blue and it’s exciting to see what she is building. It’s already been a good season for the Owls.”

So far this season, Johnson scored her 1000th point, lead the team to historic comeback overtime win, hit clutch free throws in another victory and is a calming influence on the court with her young teammates.

Johnson’s sole focus after the holidays is the conference season, but she has decisions to make as well.

“I’m a senior, but undecided. I have a COVID year I can take. I love Kennesaw, so staying here is an option.”

Johnson grew up just outside Pittsburgh, Pa., but she’s become a big fan of the Metro Atlanta area and what Kennesaw offers to residents and visitors.

“I love being close to Atlanta; the campus feel and like the diversity of the school. It’s been a vision and dream to build this program up and now Coach Blue is carrying over that dream and here I was really able to have an impact.

Some of Amani’s favorites in Kennesaw

“I’ve been here for almost four years, but I haven’t explored all that much…yet!

For restaurants, I love Pho, near the mall and it’s open to midnight. A real good place to go. I’m not picky, but
I love seafood and you can’t go wrong with Juicy Crab or if you want to spend a little money, Pappdeaux.

Before we shoot some free throws, I wondered where Amani thinks she might be in 10 years… You would think someone as well organized and that carries a Day Planner would have it all planned out.

“I love the Atlanta and Kennesaw area and you can’t beat the weather. My major is Accounting and I will be starting my MBA soon. I want to keep playing basketball for as long as I can, maybe here or maybe overseas. Hopefully I can stay healthy. I love business and my classes.”

As for a career in politics. maybe not so much!

“I don’t know about politics outside of school. I like student government because I like to help students and make a difference.”

Even if she still can’t get free parking for herself or her teammates!

It didn’t take much to convince Amani to a “Best of 5” free throw contest. She is after all, a 82% free throw shooter and currently averaging 12.2 points a game and was the A-Sun Player of the Week when we squared off.

After not making a single free throw attempt in warmups, Johnson drained five straight to take down this reporter 5-3. I actually enjoyed getting beat by the Kennesaw State sharpshooter, who is also sinking three-pointers at a 37% clip.

Johnson shares her thoughts on basketball vs. politics:

“Basketball is fun and politics is a bit more serious!” 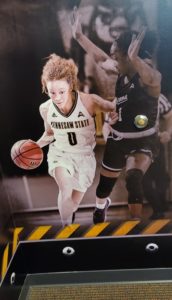 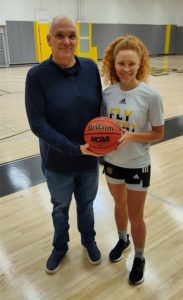 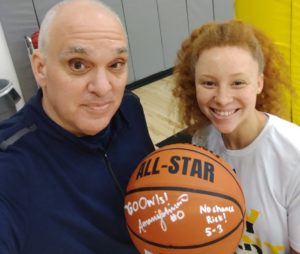 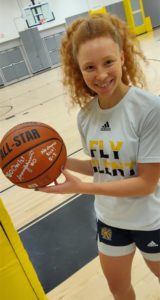 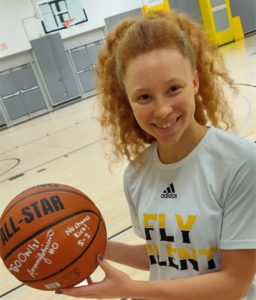 Investment Basics: What Should You Know Before Starting on Your Own?

5 Things To Do in Atlanta This Weekend