Last night, Madonna continued the US leg of her 2016 Rebel Heart tour following her most recent shows in Louisville, KY and Nashville, TN – despite most recent rumors, Madonna arrived on time and conducted a trailblazing performance in Atlanta at Philips Arena. 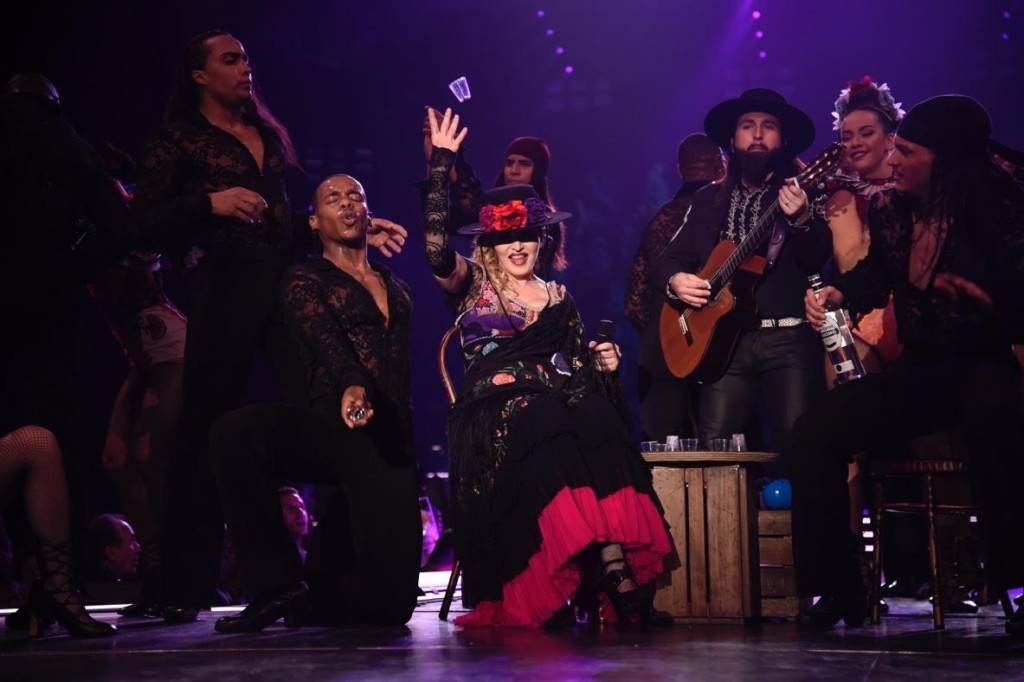 I’m sure she’s tipsy between songs.