Today on The Players’ Tribune, Atlanta United star Miguel Almirón describes the excitement of his first season in America. Almirón opens up about his decision to sign for the club, the atmosphere in the MLS and the importance of coach Tata Martino to his success.


On Tata Martino:
“And here’s the thing you need to understand: Tata is a legend. Legend is an understatement, actually. He’s an idol to so many of us in South America. He managed Cerro Porteño, a Primera División club in Asunción, Paraguay — where I grew up — and led it to a league title. He’s also managed Barcelona and the Argentine national team. But what so many of us — specifically Paraguayans — remember him for is 2010. That was the year he was the manager for Paraguay at the World Cup in South Africa, when we made it to the quarterfinals. I was only 16 years old at the time, but it was all anyone could talk about around our neighborhood. And El Tata was the man behind it all.

I watched our final match with almost everyone I knew. What I remember most is that, right after the match ended — we lost 1–0 to Spain — one of my friends looked around the room and said, ‘Man, imagine if Tata was coaching us some day? How cool would that be?’

We have this saying in Paraguay … I don’t know how to translate it to English perfectly.
Quiero contar contigo.

‘I want to count with you,’ is basically it. But what it means is: I want to rely on you, and I want to do this together.

Last winter, someone very special wanted to count with me.

‘This team … Atlanta, they want you to come play with them,’ my agent, Dani, said to me over the phone last December. “And they have this gentleman who will be manager….”

He was talking about Gerardo (Tata) Martino.

My agent knew how much Tata meant to me. So he knew that what he was about to say next was going to get a reaction out of me. 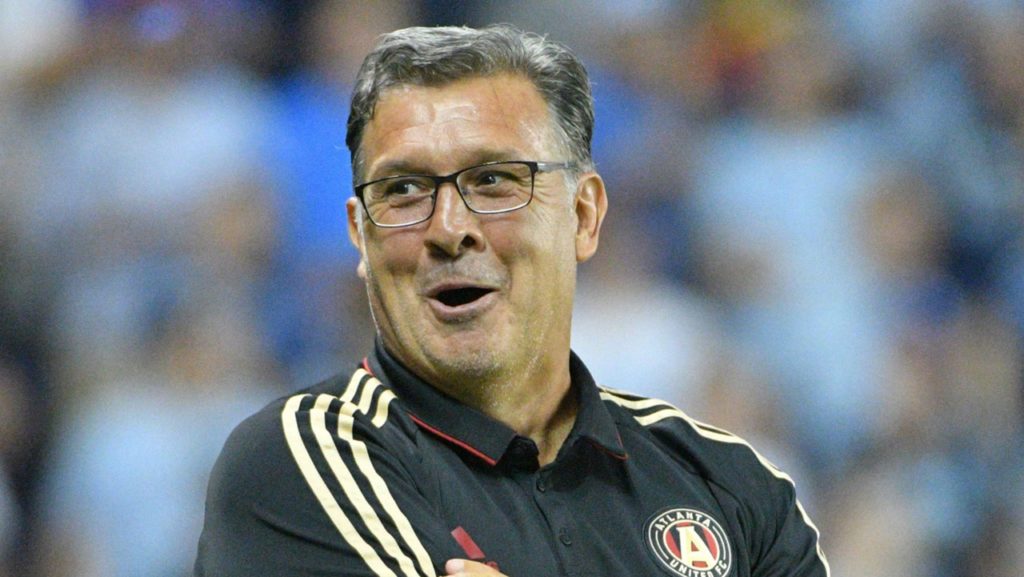 My dad was in the room with me at our home, and we were both sitting by the phone in complete silence. We just sat there. Waiting for it ring.

And then it did. And I picked up. And I spoke to Tata for a few minutes.

And it turns out that this legend, this idol … he’s also the nicest guy in the world.

He told me he had an offer on the table for this new project in the United States, and that if he was going to go, he wanted me to go with him.

I could barely believe what I was hearing.”

On Atlanta United, MLS, and his first season:
“Tata’s call to me last winter, though, changed everything. A few weeks after we spoke, Darren Eales, the president of Atlanta United, along with Carlos Bocanegra, the technical director, came down to Argentina to meet with me. They laid out this big presentation in front of me, my agent and my dad. They showed us the new stadium, facilities, etc. It was nice. But to be honest, that’s not what football is really about to me. It’s about the sport, the people, the feeling.

For me, this opportunity was about Tata.

He is Atlanta to me.

It might seem silly. (I have grown to love Atlanta for different reasons, too.) But it’s hard to describe the connection Tata has with the people of South America, and how many of us would do anything to play under him.

I learned quickly that the atmosphere in MLS matches is different than those in South America. Our first game I didn’t play well. I missed a good scoring opportunity and was upset at myself because we lost 2–1 to the Red Bulls. But still, after the match, people were clapping and chanting our names. I was amazed by that, but I didn’t really understand it to be honest. Why are you happy? In Argentina people would be cussing and whistling at the team.

It took time to understand that the culture is different here. MLS is a really beautiful league, with great teams and facilities and supporters. It’s just different, is all. And that is good.

People want to say it’s a retirement league, but that’s nonsense. I’m 23 and I wanted to be here. I think it’s actually the opposite. It’s a place where young players can come and grow and really become something. The fact that people like Tata, Sebastian Giovinco and David Villa all want to be here means something.

I was scared I wouldn’t do well in America, or that I had made the wrong choice. And at first it wasn’t easy. The club was new, I was new. We were all making mistakes, but learning together — that was the important thing. I started working on my English, too. But … eh, I don’t know much yet. I’m working on it and taking classes.

My friends who I watched the world cup with in 2010 weren’t able to come to our playoff game this year because they didn’t have passports. But we have a WhatsApp group chat that I use to keep them up to date. I send them pictures and videos of everything — even the breakfast I have at the training ground, because everything is still new to me and I want them to experience it, too.

I wish they could be in some of our training sessions and see what Tata is like. The way he talks about the game, the way he runs training … it’s amazing to see in person. It’s still surreal to me, you know? This man was my idol, and now here we are in
Atlanta, Georgia — together.

My first season in MLS was beautiful — I think that’s the best way I can describe it. I learned so much about myself, the United States and this city, specifically. I feel very lucky to be a part of this club.

Brawl for a Cause at Mercedes Benz Stadium

Christmas Comes to Avalon in Alpharetta