MLK “Freedom Bell” Will Be Placed on top of Stone Mountain

The new monument will feature an elevated tower with a functional replica of the Liberty Bell, meant to celebrate the line from King’s 1963 “I Have a Dream Speech,” “Let freedom ring from Stone Mountain of Georgia,” the Atlanta Journal-Constitution reports. The park is also planning to create a permanent exhibit on African-American soldiers who fought in the Civil War.

The new addition should provide a powerful counterpoint to the glorification of the Confederacy that Georgia’s largest tourist attraction has presented since the carving of the Confederate leaders began in the early 20th century.

After the murder of nine black churchgoers in South Carolina this summer, government-sponsored displays of Confederate symbols in the South have been the subject of much debate. Georgia state Rep. LaDawn Jones called for a boycott of Stone Mountain park over its flying of the Confederate battle flag, and some people have even suggested sandblasting the three Confederate leaders off the face of the mountain. But Bill Stephens, the chief executive officer of the Stone Mountain Memorial Association, says that idea is not under consideration.

“We’re into additions and not subtractions,” he told the Journal-Constitution. Stephens said he hopes to have the King monument in place by next summer.

A colleague of King’s, the Rev. Joseph Lowery, told the Journal Constitution that he was moved by the idea of the new monument.

“It is amazing,” Lowery said. “I think it is a good idea, introducing a new era to the Deep South. They are placing Martin Luther King in a place where he ought to be. Where I never dreamed he would be. This is striking.” 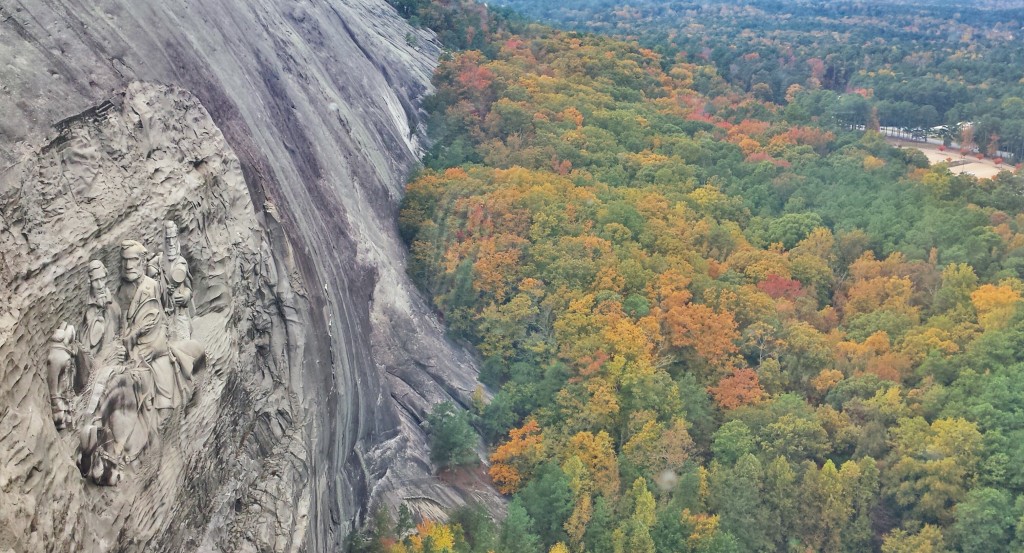 Black Man at Trump Rally in Georgia Goes Off on Obama

Hopsin takes a shot at Atlanta rap with, "No Words"