A Gwinnett County college student and her boyfriend have been sentenced to four months in prison in the Cayman Islands for violating strict COVID-19 measures following a recent ruling that will be appealed, their attorney said Thursday.

Skylar Mack, 18, of Georgia, and Vanjae Ramgeet, 24, of the Cayman Islands, have been in prison since Tuesday, when the ruling was issued. They had both pleaded guilty, but their attorney, Jonathon Hughes, said he will argue for a less severe sentence next week.

“They’re two young people who have never been in trouble before,” he said in a phone interview with The Associated Press. “This is the first time they’ve had interaction with police, the courts, prison.” 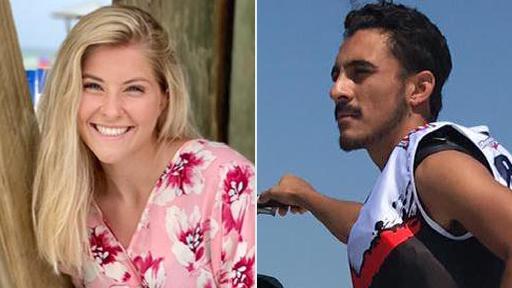 We talked to Mack’s family, who said government officials are trying to make an example out of her. The pre-med honor student was originally sentenced to a fine and community service.

“Skylar is the last person that this would happen to,” her grandmother, Jeanne Mack, said. “The fact that this could happen to a kid like her is scary to me.”

Mack went to the Caribbean with her boyfriend, who is a Cayman Islands native, on Nov. 27. Ramgeet is a professional jet ski racer.


Mack was supposed to undergo a two-week quarantine as mandated by the government, which electronically tracks anyone who arrives in the British Caribbean territory.

The next day, she reportedly called the public health department to have the tracker loosened.

“They weren’t wearing any masks,” local journalist Andrel Harris told U.S. media outlets. “She wasn’t wearing a bracelet, and they weren’t observing social distancing or several major protocols that were part of our COVID-19 suppression measures.”

Mack and Ramgeet were arrested. 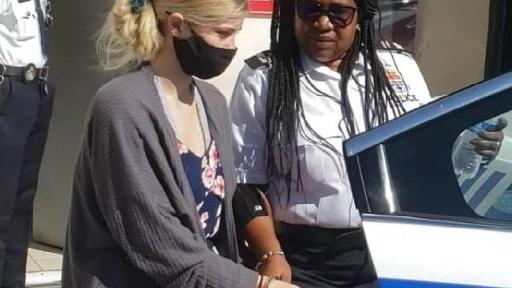 After their arrest, a judge ruled the couple had to provide 40 hours of community service and pay a $4,400 fine. In addition, Ramgeet was ordered to a two-month curfew that would start at 7 p.m.

But the prosecution appealed, arguing the punishment was unduly lenient and would not deter other possible violators. A higher court decided in favor of prosecutors, ruling on Dec. 15 that the couple be imprisoned immediately.

The Cayman Compass newspaper reported that Judge Roger Chapple said during Tuesday’s sentencing that the decision to violate safety measures was born of “selfishness and arrogance,” adding in its report that Mack spent seven hours out in public without a face mask or social distancing.

“This was entirely deliberate and planned, as evidenced by her desire to switch her wristband the day before to a looser one that she was then able to remove,” he was quoted as saying, referring to the electronic tracking device.

Hughes said the sentence is the first of its kind, adding that Mack’s family is concerned: “They’re worried for her because she’s in prison in a foreign country on her own. While this is something she brought on herself, it’s very distressing for her.”

“Four months for breaching isolation while testing negative is a bit much,” Mack said. “Why did she have to be the example?”


The couple have been together for seven months. Hughes said he doesn’t know how they met. He noted that Ramgeet is a professional jet skier like Mack’s father.

Under the original law, a Canadian couple found guilty of violating coronavirus measures were ordered to pay a $1,200 fine each.

The Cayman Islands, a territory of nearly 62,000 people, has reported more than 300 coronavirus cases and two deaths.

Hughes said he plans to appeal the sentence next week.

Homeless Man Saves Animals at Shelter After it Catches on Fire