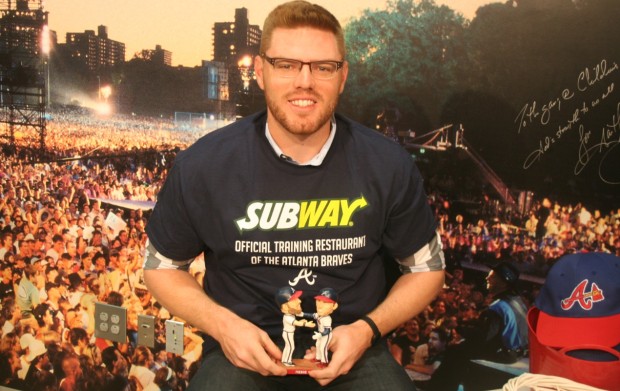 Meeting a Major League Baseball player is an exciting moment for a young boy or girl and a number of patients at the Aflac Cancer and Blood Disorders Center of Children’s Healthcare of Atlanta had the chance to meet Atlanta Braves All-Star first baseman, Freddie Freeman on Friday as the slugger paid a visit to Scottish Rite in Atlanta.

It’s all part of Atlanta-area Subway restaurants and their second annual fundraising initiative called “Freddie Freeman’s Hugs and Subs.” Freeman, known around Atlanta and baseball for hugging his teammates after exceptional plays, is using this opportunity to help patients in the Aflac Cancer and Blood Disorders Center of Children’s Healthcare of Atlanta.

Throughout September, more than 550 Subway restaurants will reward customers making an in-store donation to the Aflac Cancer Center with an “I hugged Freddie” paper icon which can be personalized with the customer’s name and includes a discount coupon.

“In previous years, several of my teammates have been very supportive of the Aflac Cancer Center of Children’s Healthcare of Atlanta,” said Freeman.  “This is just a great way for me to get personally involved with this partnership by teaming up with Subway for this wonderful cause.”

“We’re very excited to be teaming up with Freddie Freeman for this great cause as part of our multi-year affiliation with the Braves,” said Joe Hart, Development Agent for Subway Development of Atlanta.

On Friday, Freeman met patients and parents in The Child Life Zone at Scottish Rite hospital. He offered encouragement and signed balls, hats and t-shirts for the attendees.

While the attendees were thanking Freeman and his wife for coming out to meet them, Freeman was also saying, thanks.”

“I want to thank the kids and families letting my wife and I be part of this today. It’s important to let the public know that we need to find a cure for childhood cancer.”

The Aflac Cancer Center is recognized as one of the top pediatric cancer centers by U.S. News & World Report and cares for more than 400 newly diagnosed cancer patients each year along with following more than 2,500 patients with sickle cell disease, hemophilia and other blood disorders. For more information, visit aflaccancercenter.org.

Make sure you stop into your local Subway for a some great food and to help raise money for a great cause.

All photos by Rick Limpert 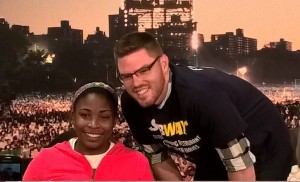 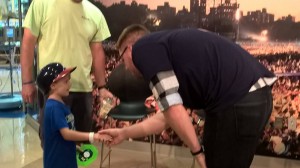 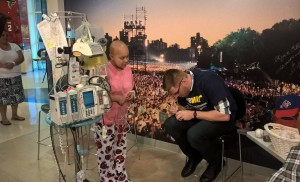 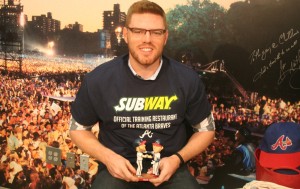 Freddie Freeman is known for his hugs 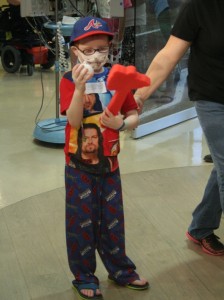 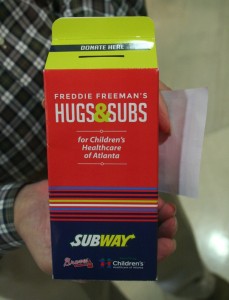 Subways around Atlanta are partnering with Freddie Freeman and CHOA 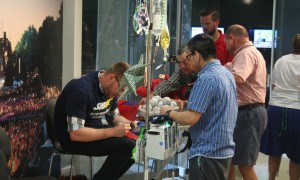