Today is the day we celebrate the great Dr. Martin Luther King Jr. Such an amazing man who stood for equality for all and changed the mindset for so many Americans. During middle school and high school you’re usually taught about MLK’s, ‘I Have a Dreams Speech’ and that’s it (atleast that’s how it was for me). It really took my own research to fully indulge in what this great man stood for. With that being said,  here’s a few fun facts about MLK that you never knew.

1. Martin Luther King and Anne Frank were born in the same year.

Anne Frank was born a few months after MLK but I personally feel like most people associate them as being in different parts in history. Anne Frank died at 15 years old in 1945 and MLK in 1967 at 39, this kind of puts global oppression in perspective for me.

Bayard Rustin is one of MLK’s most trusted advisors and is credited with convincing MLK to be completely non-violent. After all of the boycotts, MLK believed in carrying and kept a personal handgun to protect himself and family. According to Rustin, “I think it’s fair to say that Dr. King’s view of non-violent tactics was almost non-existent when the boycott began. In other words, Dr. King was permitting himself and his children and his home to be protected by guns.” Dr. King actually applied for a permit and was denied.

3. He was a GREAT pool player. 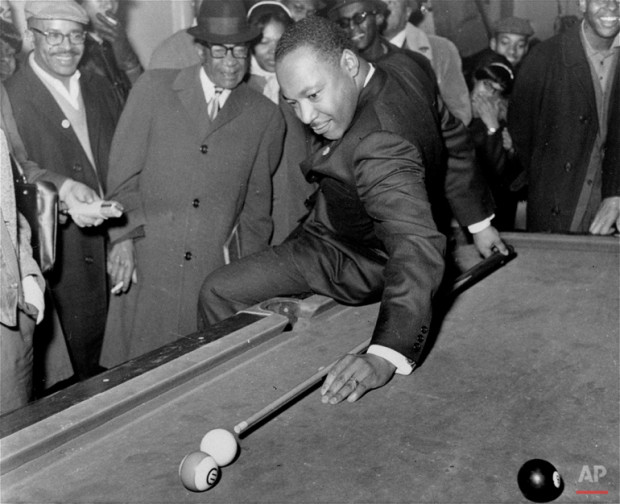 Dr. King, seen here in Chicago, was a highly skilled player. So forget that cliché about the ability to play pool being the sign of a misspent youth.

King won a Grammy Award. How on Earth did he win a Grammy, you say?  He won it in 1971 for Best Spoken Word Album for “Why I Oppose the War in Vietnam”.

5. Became a target for the FBI. 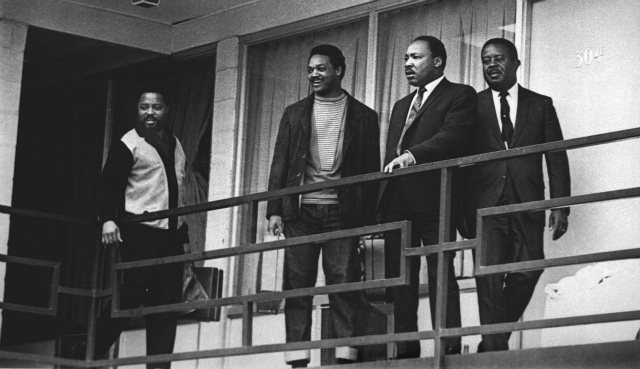 His “I Have a Dream” speech painted an even bigger target before on his back, not just with certain people in the general public, but with the FBI.  This was a memo circulated throughout the FBI offices after the speech:

“In the light of King’s powerful demagogic speech yesterday he stands heads and shoulders over all other Negro leaders put together when it comes to influencing great masses of Negros. We must mark him now, if we have not done so before, as the most dangerous Negro of the future in this nation from the standpoint of communism, the Negro, and national security.” 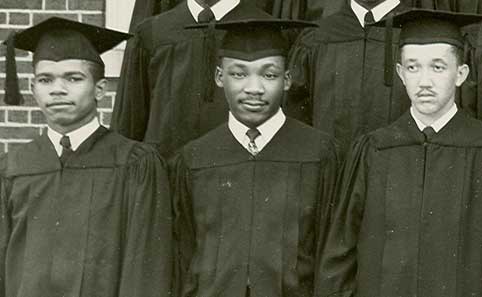 Morehouse was fertile ground for the young Martin Luther King Jr., who entered the College as an early-admission student in 1944 at the age of 15.

His intellectual approach, clarity of thoughts, and sound conclusions, presented in an oratorical style that makes him so masterful, this is the true reason why we should revere him. Watch this speech, what you will witness is divine manifestation in execution.

Elderly Georgia Woman Dies After Being Outside Too Long