Trans Am Racing Comes to Georgia this Weekend

The Trans Am Series presented by Pirelli is moving south to Road Atlanta for Round 3 of the 2022 season. This is the second event in one week’s time, following last weekend’s event at the Charlotte Motor Speedway ROVAL. Tight turnarounds prove challenging for competitors, especially those whose cars received damage or experienced mechanical failures in Charlotte. Of the 12 race weekends that make up the 2022 Trans Am National Championship season, six are back-to-back events.

Because of this, minimizing damage in the first race of these back-to-back race scenarios may be the difference in determining who wins the title.

There are lots of story lines.

With two events complete, points battles are beginning to form and top contenders are starting to riseObvio.

In TA, defending champion Chris Dyson leads the standings, but maintains only a one-point advantage ahead of Paul Menard following a crash by Dyson at Charlotte Motor Speedway. However, Menard is not on the entry list for Road Atlanta, with Showtime Motorsports only bringing one TA car for this weekend’s event. Not far behind are Tomy Drissi and Amy Ruman, who both earned podium finishes at the ROVAL. Ken Thwaits sits fifth, 10 points behind the leader. Luca Mars currently sits atop the standings in SGT, with Lee Saunders just one point behind. Billy Griffin leads the GT standings by a wide margin.

In the TA2 points battle, Sebring winner Rafa Matos holds a five-point lead over Tyler Kicera, who won last weekend’s event in Charlotte. The two currently hold a solid gap over Cameron Lawrence, Robert Noaker and Connor Mosack, who round out the top five.

Past Road Atlanta Winners Return to Fight for Top Podium Spot
A number of past Road Atlanta winners are on the entry list for this weekend’s race at the historic track, all hoping to recapture the checkered flag.

Amy Ruman, who earned a third-place finish at the ROVAL last weekend, will return with her No. 23 McNichols Co. Chevrolet Corvette. Ruman earned the victory in both the 2015 and 2016 TA events at Road Atlanta, the same years she earned back-to-back TA championships.

Defending champion Chris Dyson won TA events at the track in both 2018 and 2020 and is looking to rebound from Charlotte, where an early crash relegated his No. 20 Altwell Ford Mustang to an eighth-place finish in his class.

Ken Thwaits, who won the Road Atlanta race and XGT championship in 2020, will compete in TA in the No. 5 Franklin Road Apparel Camaro.

2020 SGT champion Lee Saunders won the TA3I event at the track in 2015 and is entered in the SGT class in his No. 84 LandSearch LLC Dodge Viper.

Billy Griffin, who will compete in his No. 14 Griffin Auto Care/Sheehan’s Towing Ford Mustang this weekend, has two prior wins in the GT class at the track, both part of a 2020 doubleheader and earned the same year he won the GT championship.

Two-time TA2 champion Cameron Lawrence won the 2015 TA2 event and is entered this weekend in his No. 6 Franklin Road Apparel Chevrolet Camaro.

Two-time champion Rafa Matos, who drives the No. 88 3Dimensional Services Group Mustang, has back-to-back TA2 victories at the track in 2018 and 2019.

Finally, 2020 champion Mike Skeen, who won both TA2 events at Road Atlanta in 2020, will compete this weekend in the No. 89 3Dimensional Services Mustang.

Trans Am Series to Host Students from Lanier Technical College
This weekend, Trans Am will host approximately 30 students from Lanier Technical College’s Motorsports Vehicle Technology Program in the garage. The Motorsports Vehicle Technology Program is focused on providing students the skills to join the racing industry or the automotive aftermarket and custom car industry, and has launched the careers of many mechanics, pit crew members, fabricators, car builders, engine builders, driveline specialists and others in the top series of motorsports. The students will have lunch with SpeedTour President and CEO Tony Parella, who will discuss his career in the motorsports industry.

This week’s Trans Am entry lists are composed of a number of drivers hailing from the state of Georgia, including two from the greater Atlanta area.

In the TA/XGT/SGT/GT event, Brion Gluck in the No. 47 The Gallant Few/Scoville Vodka Factory Five GTM hails from LaGrange, Georgia, and is making his debut in the series.

Local drivers in the TA2 event include Ty Young in the No. 22 Ty J Young Wealth Management Ford Mustang from Atlanta, and Ricky Sanders, driver of the No. 19 Pitboxes.com/RaceTrailerSales.com Chevrolet Camaro, who hails from nearby Stockbridge. Kennesaw is the hometown of Patrick Paul, driver of the No. 34 AirClean Energy Ford Mustang, and Michael Attaway in the No. 91 ATCO Demolition/Jackson Grading Chevrolet Camaro is from Jefferson.

Trans Am Races Stream Live for Free, No App Required

For those wishing to tune in to the events at Road Atlanta this weekend, the Trans Am Series races will air live on the Trans Am YouTube page and Facebook page, and the full schedule of events, including racing from the Sportscar Vintage Racing Association and International GT, will be available on the new SpeedTourTV YouTube page.

This weekend’s races from Road Atlanta will air on CBS Sports Network the week following the event. TA/XGT/SGT/GT will air on Saturday, April 2 at 6:00 p.m. ET, while TA2 will air on Sunday, April 3 at 5:30 p.m. ET.

With a strong run and a podium finish at Sebring, Wally Dallenbach returns to the TA2 class after a one-race hiatus. Dallenbach, who finished second in the season opener, will pilot the No. 4 Ultimate Headers Ford Mustang, which is also a Trans Am Heritage car. Dallenbach has 54 starts and nine victories in the Trans Am Series but has only ever competed in two races at Road Atlanta. He finished fourth at the track in 1984, and was sixth in 1986, when he was also the fastest qualifier.

Showtime Motorsports experienced highs and lows in last weekend’s event at Charlotte Motor Speedway. Paul Menard earned the team’s first Motul Pole Award and an impressive victory, while engine failure forced team owner Ken Thwaits to retire early, relegating him to a 10th-place finish overall. This weekend at Road Atlanta, Thwaits, who typically pilots the No. 7 Franklin Road Apparel Camaro, will move into the No. 5 machine occupied by Menard in the season’s first two events as a result of that engine failure. Menard is not entered this weekend’s event.

What To Watch: SGT

A competitive field of eight SGT cars will compete in this weekend’s event at Road Atlanta, the largest field so far this season. 2020 class champion Lee Saunders returns after a second-in-class finish at Sebring. Four different manufacturers will be represented in the event, with Chevrolet, Dodge, Porsche and Factory Five vehicles on the entry list.

When the TA2 class lines up to race on Sunday, there will be a total of 44 cars on the grid, which is the highest car count ever for the class at Road Atlanta and the second-largest National Championship field in TA2 history. This year’s season opener at Sebring had 48 competitors, also a track record and the largest National TA2 field. The record for the largest number of TA2 entries ever was achieved in the 2021 season finale at Circuit of the Americas, which had a combined 51 entries between National and Western Championship competitors.

This record-breaking number of competitors at Road Atlanta also demonstrates a 40-percent growth in entries over last year’s Road Atlanta field of 26.

The Peter Gregg Foundation Young Guns were impressive at the challenging Charlotte ROVAL. 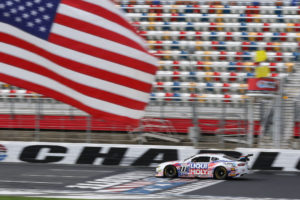 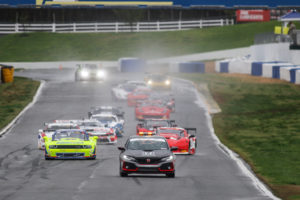