There will be a candlelight vigil on July 7 inside the Cannon Chapel on Emory University’s Atlanta campus to honor the lives of Abinta Kabir and Faraaz Hossain. Kabir and Hossain were both students at Emory and were among those tragically killed during an ISIS-led terrorist attack in Dhaka, Bangladesh.

It will be an interfaith vigil, welcoming people of all faiths to come honor the lives of these bright students who are remembered so fondly by all those who encountered them.

“The Emory community mourns this tragic and senseless loss of two members of our University family,” the University said in a public statement over the weekend. “Our thoughts and prayers go out on behalf of Faraaz and Abinta and their families and friends for strength and peace at this unspeakably sad time.” 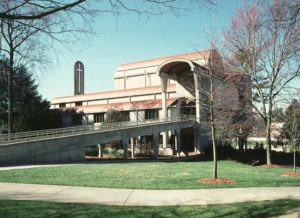 The vigil will also be live streamed on the university’s website.

Hossain was actually told by the attackers that he could go free because he was from Bangladesh, but he chose to stay because the same offer was not given to his two friends that were with him who were from India and the U.S., the New York Post reports.

“We will not kill Bengalis,” one of the attackers allegedly said. “We will only kill foreigners.”

The attack took place at the Holey Artisan Bakery, which was located in Dhaka’s diplomatic area and was a popular place among foreigners. Six militants rushed into the restaurant and immediately took everyone hostage.

The attackers, who were from Bangladesh and affiliated with ISIS, carried large rifles and grenades during the attack as well as knives and other blades. During the 10 hour standoff, which started at 8:45 p.m., they sorted the hostages into groups and tried to figure out who was a foreigner and who was a local as they did not want to kill anyone from Bangladesh.

The militants were very polite to the Bangladeshis and even went so far as to feed them. They talked to the local hostages about how the foreigners’ love for alcohol and revealing clothing was harming the spread of Islam.

“Their lifestyle is encouraging local people to do the same thing,” one of the attackers said, according to the New York Times. 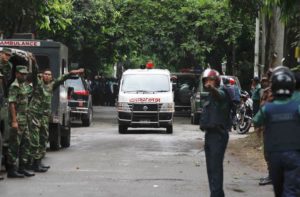 However, the militants were not so polite to the other hostages. They would ask the captives to recite parts of the Quran, and if they couldn’t do so, then they were killed execution style with a machete or some other blade. After being killed, pictures of the hostages’ bodies were broadcast on social media with their own phones as the gunmen were eager to publicize the attack.

Police surrounded the restaurant, but the attackers had the café barricaded. They killed two policemen with a grenade after they tried to rush the building. The police were forced to wait for the military to arrive, but they were coming from about 150 miles away.

Near the end of the standoff, the militants made many remarks about how they expected to die after the standoff was over, and at 7:30 a.m., right before the gunmen were apparently about to surrender, rescuers rushed the building and killed the attackers. Among the final tally of victims were nine Italians, seven Japanese, two Bangladeshis, one American and one Indian.

Bangladesh, which is almost comprised of only Sunni Muslims, is a huge target for recruiting by ISIS, who is under a lot of pressure closer to home in Iraq and Syria. Shafqat Munir, a researcher at the Bangladesh Institute of Peace and Security Studies, said that the threat is worse than some people think.

“We need to take serious stock of the overall threat,” Shafqat Munir said, according to the New York Times. “There were all sorts of warnings and signs and everything, but I don’t think anyone expected anything as audacious and large-scale as this.

Clarkston, Georgia Says Possession of Weed Will Be a $75 Fine