A 48-year-old woman who worked at Donalsonville Hospital in southwestern Georgia tested positive for COVID-19, the disease caused by the coronavirus, and died Thursday at a hospital in Tallahassee, Florida.

The woman, 42, had been dead 12 to 16 hours when the police, checking on her welfare, discovered her body, Hawk said.

Her child, apparently 4 or 5 years old, was in the home at the time.

POSTING THE TWO WORKERS ON OUR: instagram.com/gafollowersofficial

News of the deaths emerged Tuesday, as state officials announced that 925 coronavirus cases have been confirmed in Georgia, up by 180 since the previous day. The death toll rose by one to 26.

Twenty-five Georgians have died from the virus in the past week.

Meanwhile, on Monday, the DeKalb County schools reported that an employee had tested positive for the coronavirus. The employee did not expose any students to possible infection, the school district said.

Four inmates at Lee State Prison in South Georgia are hospitalized with COVID-19, and 10 others are quarantined in the prison with symptoms. The Fulton County Jail announced its first diagnosed case, a man in his 30s with a chronic illness.

To avoid transmission of the disease, the Fulton jail released 30 nonviolent prisoners. Hall County turned loose 200 prisoners, all either accused of nonviolent misdemeanors or age 60 or older and considered no threat to the public. 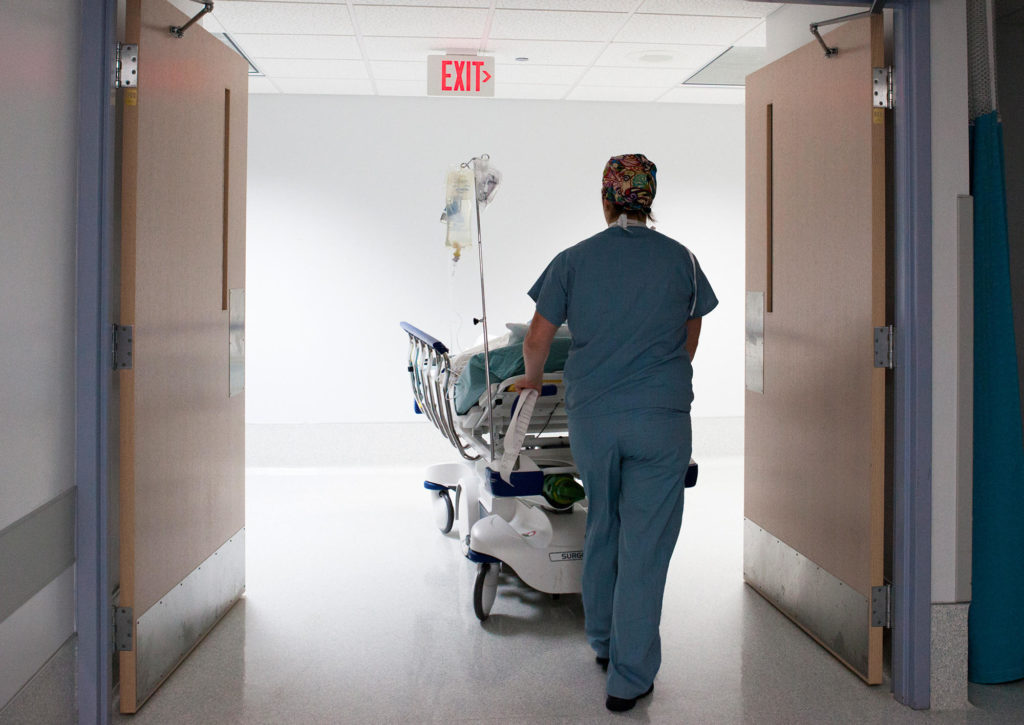 Gov. Brian Kemp said Monday the state is delivering protective gear and other emergency medical supplies to hospitals across Georgia. He ordered people most vulnerable to infection — including residents of long-term care facilities, such as nursing homes, and those being treated for cancer — to shelter at home until next month.

Health care workers across the nation have expressed fears about contracting the coronavirus or exposing their family members to it. The shortage of protective masks and gowns has only heightened their anxiety.

Safety is key in caring for patients with infectious diseases, said Irma Westmoreland, a longtime nurse at the Charlie Norwood VA Medical Center in Augusta.

“We know how to do it,” she said, “we just have to have the right protective equipment.

Officials declined to identify either of the Georgia health care workers who died.

In Donalsonville, the 48-year-old woman had a chronic health condition, according to the Georgia Department of Public Health. In a statement, Donalsonville Hospital did not describe her job.

“Healthcare workers are on the front lines of fighting the virus and deserve the utmost respect and honor for doing their jobs,” the hospital said.

Another hospital employee who tested positive for COVID-19 is self-quarantined at home.

In Newnan, the 42-year-old technician had exhibited flu-like symptoms about a week before she died, said Hawk, the county coroner. She had no underlying health problems, Hawk said, and did not get tested for the coronavirus.

A friend of the woman’s called the police when she didn’t answer telephone calls for several days. When officers entered the home, they found the woman’s body — and her child, unattended.

Hawk said he did not know whether the child has been tested for COVID-19 or has shown symptoms of the virus.

John Manasso, a spokesman for Piedmont Healthcare in Atlanta, said the employee did not work in a part of the Newnan hospital where patients with confirmed or suspected cases of COVID-19 are being treated.

But the hospital is contacting other employees and patients who may have come into contact with the woman before her last day at work, Manasso said.

“Piedmont is providing these individuals with detailed information for self-monitoring,” he said in an email, “and will offer COVID-19 testing to those who request it.”

All Intensive Care Units in Atlanta are at "Full Capacity"

Future Links With Atlanta Sewing Style for "Mask On" Campaign