(via Through The Lens) Everywhere you look somebody is twerking, twerking is nothing new, it has been around for well over 20 years now. Thanks to a long list of A list celebs twerking has officially entered the mainstream. Miley Cyrus is twerking, Nicki Minaj is twerking, damn near everyone on vine, twitter, and Instagram is twerking.

So, what is twerking and where did it come from? Just so happen we interviewed the kings of twerk music, and they helped shed some light on the matter. You don’t have a clue who I’m talking about, let me give you a hint, haaaaaaannnnnnn. No not French Montana but he does make some good club music. I’m referring to the Ying Yang Twins, yes they are back and right on time if you ask me. We caught up with the makers of “Whistle While You Twerk” and “Shake It Like A Salt Shaker” and my personal favorite “The Whisper Song”. They have a brand new track called….wait for it…..”Miley Cyrus”. 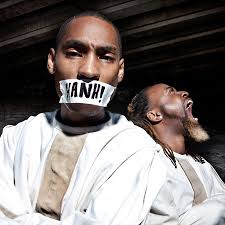 I have often wondered why twerking is now all of a sudden a phenomenon, its been around longer than most of the people doing it. The Ying Yang Twins broke it down for us, the history, the craze and its future. They also mentioned a little bit of tension between them and another rapper who is using their signature ad-lib “HAAAAAANNNNNNNN”.

Watch our brand new interview, I dare you to not say haaaaaaannnnnn by the time its over.