Two teenagers from Athens-Clarke County, Georgia, were seen putting a dog and a kitten into a cage and spurred the dog on to destroy the defenceless kitten.

The scene was witnessed by the neighbors who asked the two, identified as Jahmal Swaby and Trevaughn Thomas, to stop the whole scene for more than 10 minutes. That never happened and before police arrived, the cat had passed away and the teens, who live across the street, had disappeared.

According to the neighbors, the two were franatically encouraging the dog to finish the job. The cat was acting crazy, running around trying to get out of the cage.

Police and CBS46 News received little cooperation for the teens involved as well as their families. 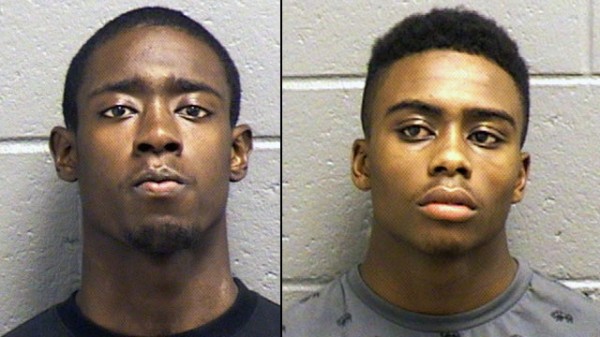