2020 Final Four Coming to Atlanta ‘Read All About It’

The 2020 Final Four will be in Atlanta, and there will be more going on than the basketball games. On the Road to the Final Four®, the Atlanta Basketball Host Committee and the NCAA announced their partnership with metro-Atlanta schools with a program to celebrate young readers and inspire literacy growth. Through “Read to the Final Four,” third grade students will have access to a personalized literacy platform and more than 6,000 digital books with unlimited online and offline access.

There will be several ways for schools to participate in the program, with the most notable being a bracket-style reading competition that mirrors the NCAA tournament. Schools that participate will compete head-to-head as a school-wide third-grade reading team and advance through rounds of the competition. The competition will begin November 5 and conclude in March 2020, just in time for the start of the NCAA Division I men’s basketball tournament.

“The Read to the Final Four program has the potential to positively impact tens of thousands of students in the Atlanta area by encouraging literacy through friendly competition,” said Carl Adkins, executive director of the Atlanta Basketball Hose Committee. “We look forward to partnering with the NCAA and schools in the metro-Atlanta area on this program and many more as we prepare for Atlanta to host the Final Four in April 2020.”

The Read to the Final Four program will allow educators to better partner with students and parents using the detailed tracking of books read, time spent reading and more through the myON Reader literacy platform. Parents of participating students will also receive two complimentary tickets to Final Four Fan Fest presented by Capital One, which will include a variety of family-friendly activities leading up to Atlanta’s hosting of the Division I, II and III championship games.

“As we enter the 5th year of Read to the Final Four, we are excited to once again partner with our host city to encourage literacy in our young fans,” said JoAn Scott, managing director of the NCAA Division I men’s basketball championship. “We are proud of the impact the program has had on young readers in each host city and we look forward to seeing this year’s competition play itself out alongside our basketball season.”

Since April, the Atlanta Basketball Host Committee has challenged its partners in the hospitality community to a book drive competition. In total, more than 2,100 books have been donated to youth participating in the Host Committee’s Fan Jam activations around metro Atlanta.

As the Read to the Final Four program tips off, more information about each of the local activations will be released. To learn more about the 2020 Final Four, including information about getting involved with the program and volunteer opportunities, please visit NCAA.com/FinalFour or follow us on Facebook or Twitter.

Formed in 2018 under the Atlanta Sports Council’s Championship Hosting Division, the Atlanta Basketball Host Committee is responsible for assisting with the planning and production of the 2020 NCAA Men’s Final Four and accompanying fan events. The ABHC is comprised of local leaders in business, sports and tourism and its mission is to host a one-of-a-kind championship experience for student-athletes, participating institutions, fans and media. The 2020 NCAA Final Four games will take place on Saturday, April 4 and Monday, April 6, 2020, at Mercedes-Benz Stadium. 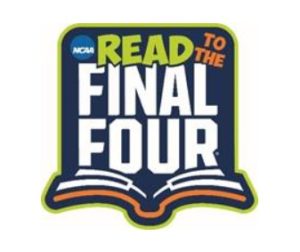