Some of the biggest names in Atlanta sports were honored on Thursday night at the 2019 Atlanta Sports Awards.

The 14th annual Atlanta Sports Awards were held at The Foundry at Puritan Mill.

Former NBA star and Naismith Memorial Basketball Hall of Fame inductee Dikembe Mutombo was honored as the recipient of the 2019 Lifetime Achievement Award Presented by Coca-Cola. Known as one of the greatest shot blockers and defensive players of all time, Mutombo led the NBA in blocked shots for five consecutive seasons and blocks per game for a record three consecutive seasons. During his five seasons with the Atlanta Hawks (1996-2001), Mutombo led the team to the playoffs three times, made three All-Star Game appearances, and was twice named the league’s Defensive Player of the Year. He is one of only three players to record over 1,000 blocks as a Hawk and ranks third in franchise history for rebounds per game.

First-time category Positive Athlete of the Year Presented by Georgia Power was awarded to former Etowah High School basketball star Matthew Lane. Lane, who recently graduated, was diagnosed with jaw cancer as a high school sophomore and told he would likely never play basketball again. However, Lane persevered, overcoming cancer and ultimately returning to the court to continue playing the sport he loves. Today, Lane uses his story to inspire others and continues living by his motto, “stay positive.”

For the third annual Moment of the Year Award presented by Mercedes-Benz USA, the winner was selected by the audience during the live text-to-vote portion of the show. The winning moment was Atlanta hosting Super Bowl LIII.

“We are proud to bring together and celebrate the state’s finest athletic talent for an evening of well-deserved recognition,” said Dan Corso, president of Atlanta Sports Council. “We are grateful to our award sponsors and event partners for continuing to make this a successful and memorable event for the nominees, winners and guests.”

Moment of the Year Presented by Mercedes-Benz USA 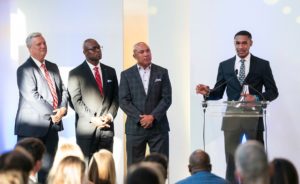 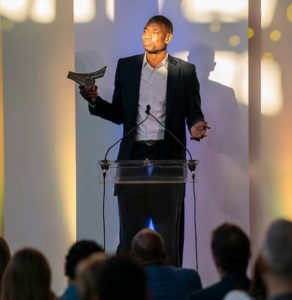 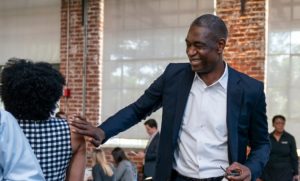 Georgia Woman Dies After Being Bit by Deadly Rattlesnake