If Caleb Sorohan was alive today, he might be pursuing his dream job or teaching his kids to play sports. Maybe he would still be figuring life out. But, we’ll never know – smartphone distracted driving cut his life short. Caleb was from Rutledge, GA, and a student at the University of North Georgia when he was killed while texting and driving in 2009. The Georgia 2010 texting law is called Caleb’s Law.

This past week, AT&T launched a new ad campaign, ‘The Face of Distracted Driving,” with the important message that “no distraction is worth a future.” Award-winning filmmaker Errol Morris captured Caleb’s and Forrest Cepeda’s heartbreaking stories through in-depth interviews with their families. In these short film productions, you’ll hear from loved ones as they remember their loss. And, through the collaboration of forensic artists and a visual effects team, you’ll even get a glimpse at what they would’ve looked like today. We hope it brings even more attention to this problem so other families don’t have to experience this tragedy.

AT&T has made this a major initiative for eight years and counting.

New research from AT&T shows 81% of people admit to texting behind the wheel.1 Since we launched It Can Wait in 2010, we’ve inspired nearly 25 million pledges to not drive distracted. The free AT&T DriveMode app has reached more than 20 million downloads. But the cause of Caleb’s and Forrest’s deaths is still alive and well – and we must put a stop to it. 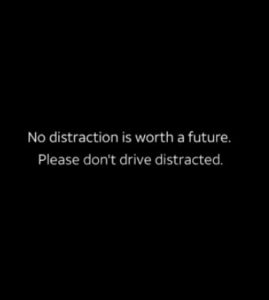 Georgians Invited to Attend US Women's Open Golf in Alabama