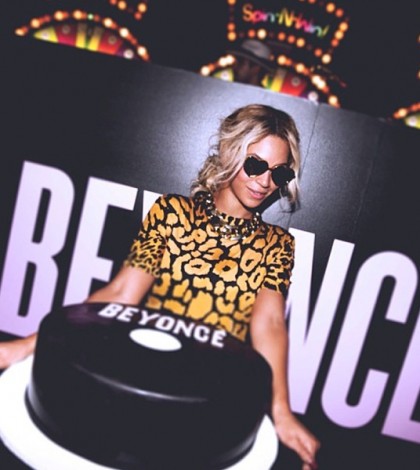 Beyonce turns to Instagram and Twitter instead of traditional marketing methods to promote her latest album release entitled “Beyonce”.

The 5th solo studio album unexpectedly released the morning of December 13th without any prior promotion. The project contains 17 new songs and videos, and to-date has sold over 1 million copies at $15.99.

Beyonce decided not to follow the typical industry marketing plan of slowly releasing singles, followed by a gross of press interviews and television appearances. She posted a 10 sec video of her album on Instagram, with the caption “Surprise!” Following her announcement on Instagram, the album appeared for sale on iTunes. Beyonce’s last album “4” sold 310,000 copies in its first week in 2011. Her choice to keep her new album a surprise, sends a strong message about how product marketing is changing. Check the Instagram video out below.

In a press release from Columbia, Beyonce said she was bored with traditional marketing and that she wanted to release the album in her own way. In doing so, she demonstrated the true power of social media. Within 12 hours, 1.2 million tweets were posted about “Beyoncé” and within the first 24 hours more than 430,000 albums were sold.

Beyonce & Jay-Z dance to ‘Drunk In Love’ in Atlanta.

“This is very much in line with what’s happening right now in marketing, which is this idea of marketing without marketing, or anti-marketing, where you appear to be just delivering your product directly to the consumer without any mediation,” said Jason King, a musician and professor at NYU’s Clive Davis Institute of Recorded Music in an interview with NPR.

This new approach to social marketing can extend beyond just the entertainment industry. Applying key social media strategies can make a huge difference in anyone’s marketing campaign. Beyonce initiative worked because it added an element of surprise to her existing followers, who saw value. Think about what can bring value to your customers in a unique way. While it may not yield viral results like Beyonce, it sure can lead to creating more advocates and sales for your business.

“Today, getting people to hear your story on social media, and then act on it, requires using a platform’s native language, paying attention to context, understanding the nuances and subtle differences that make each platform unique, and adapting your content to match.” – Gary Vaynerchuk

Strategy and execution is the game I play every day. My life is surrounded by God, family and business. Co-founder of LYFE Marketing & LYFE Accounting