Jeremy Joyce didn’t feel Chicago’s restaurants and social media influencers cared enough about the needs of the city’s African Americans, so he sat out to create his own business. Joyce, on Friday officially launched Black People Eats as a database so diners could better find restaurants owned by African Americans.

With 128, Joyce said Chicago has the most black-owned restaurants in America. The website will start with a list of restaurants in Chicago and Atlanta before expanding into other cities including Houston, St. Louis, and Dallas.

Black restaurateurs don’t receive enough spotlight in a segregated city like Chicago, Joyce said. That’s affected spending habits and prevented black-owned business from growing in a city that has demonstrated a willingness to spend money on food: “It’s like they have a kid’s chair at the big table,” Joyce said of black-owned restaurants trying to compete in Chicago.

These restaurants are either ignored or are unfairly saddled with negative perceptions, Joyce said. Many Chicagoans don’t know they can get chicken from a black-owned South Side restaurant that’s as great as from a North Side restaurant. Part of the problem is it’s difficult for diners, writers, and event organizers to find information about these restaurants. He’s visited restaurants like Two Fish Crab Shack in Grand Boulevard, Soule in West Town, and South Shore Brew Coffee Shop.

Events, like food festivals, provide a strong opportunity for small business owners. The website will give event organizers no excuse when it comes to finding restaurants in communities south of Roosevelt Road in the South Loop. This will help owners connect with more of Chicago to help grow their customer base. The site aims to be educational. 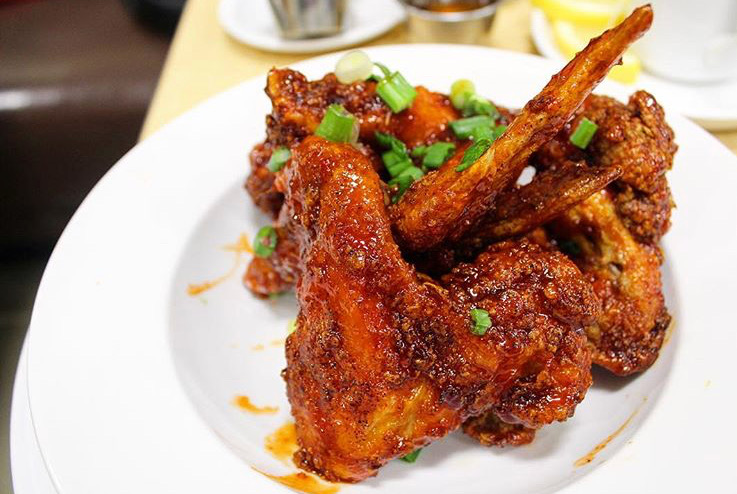 It’s a challenging prospect for Joyce. Starting in December 2017, he began posting social media videos of him eating at black-owned restaurants, gushing about the food and service. While he’s built a strong fanbase with more than 20,000 Instagram followers, at first Joyce would notice how certain social media handles would not share his content. It struck him as unusual as these accounts weren’t normally stingy in sharing content taken at North Side neighborhoods like River North, Wicker Park, and Logan Square. These areas don’t have large African-American populations, and their restaurants don’t always think about serving that community.

“What am I doing wrong?” Joyce remembers asking himself after his posts wouldn’t get as much traction.

He changed the name of his handle from his name to “Black People Eats” and posted a video from Peach’s on 47th, the southern-inspired Bronzeville cafe. The video exploded, and it helped build the confidence to continue his business. While Joyce said he hasn’t worked with staff from other sites, there are others that share the same mission as Black People Eats. Black Food & Beverage launched last year and recently updated its site with new stories about black restaurateurs.