Ever since my evil twin Mark Zuckerberg declared “virtual reality will become a part of daily life for billions of people,” I’ve been extremely anxious to demo the next leap forward in digital interactivity. Advanced systems like the HTC Vive and Oculus Rift could make a strong case to our brains that we’re really exploring alien planets, tightrope-walking between skyscrapers, or battling samurai. Virtual reality could be like the prosthetic limb for our wilting imaginations.

But right away, there’s a problem with VR: it’s insanely expensive. The hardware alone retails for $600+, and you’ll need a $1000+ gaming PC to run it. For a true, 3D experience you’ll need a surround sound audio system, and unless you want your friends guessing why you’re waving your arms like an animatronic Donald Trump, you’ll need to hook up a 4K TV screen so they can see what you see. All in, to experience VR you’re looking at the cost of a used car.

So in 2015, a year-long Mexican standoff began between me and my friends, the others waiting for someone else to invest the several grand so we could all come by and freeload to our hearts’ content. But no one did, so we all sat weeping in front of our 2D televisions like it was 2013.

Thankfully, Angela Luallen, owner of Ultimate Escape Game Atlanta, saw the plight of nerds everywhere and invested $7000 into a fully-functional VR station open to the public. For $28, she and her team will set you and your friends up with the HTC Vive and a suite of games for a full hour. And I can say with confidence it’s the most entertaining thing I’ve ever done for under thirty bucks.

Ever the diligent journalist I decided to try each style of game early VR developers had to offer.

Simulators: I first started with a roller coaster app, and challenged myself to remain standing the entire time. Even with the dated-looking graphics, my brain was so convinced I was careening around that I nearly fell on my back several times. We then moved on to a mechanic simulator which proved hauntingly realistic when a douche-y convertible owner drove up and coldly demanded an oil change. After leaning down to swap his tires for doughnuts, I filled his cabin with gasoline and sent him on his way.

Action: With my whole body warmed up, I asked Angela to throw on an action game. The team favorite, it seemed, was a gory zombie shoot-em-up called HordeZ. I picked two weapons, one for each hand, and descended down a dimly lit corridor towards ominous groans and growls. As the horde approached, my katana/submachine gun combo proved a wise choice, as I could slice and dice any undead who got too close. Just look at this graceful badassery: 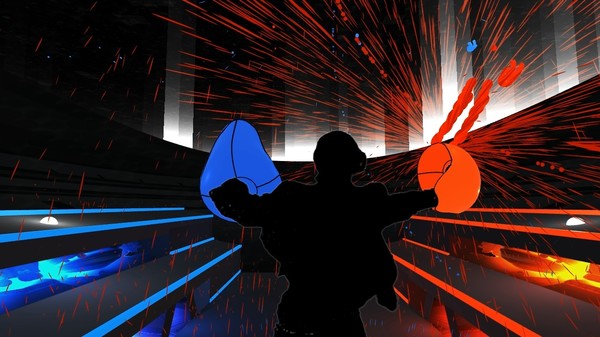 After a hulking, round zombie got the drop on me and feasted on my neck, we switched to Audioshield, a marriage of Tron and Guitar Hero where you pick from a wide selection of popular songs and defend yourself from spheres fired in tune with the beat. I wasn’t ever quite sure if the game was trying to get me to dance, but the moves it forced out of me were a helluva lot better than what I do in the club.

Horror: “Y’all think he’s ready for the scary one?” I heard one of Angela’s team ask. “Yeah, put on the scary one!” They then handed me an Xbox One controller and started my next game: Boogeyman. 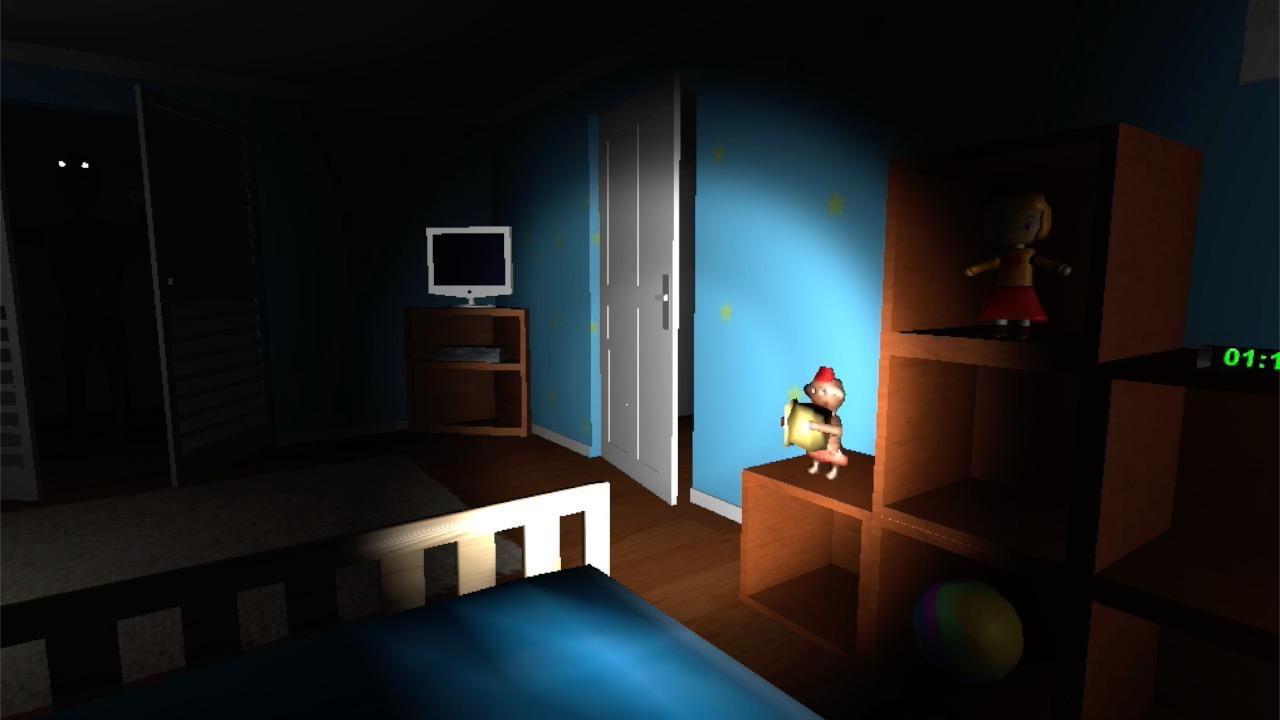 The rules were simple: survive the night. I sat lower to simulate being an 8 year-old again, squatting at the edge of a virtual bed. A storm pounded outside of my bedroom window, the lights flickered, then left the room in total darkness. I was told to stay sharp and keep my flashlight handy; the boogeyman was coming, and could spring out from any direction. 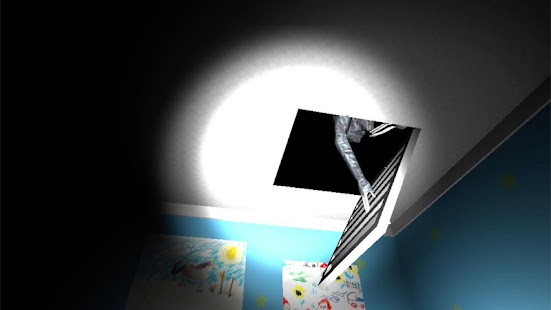 The surround sound really paid for itself during Boogeyman; subtle creaks and faint, heavy breathing had me whipping my head around for the source while Angela stifled giggles in the real world. Soon, I caught him trying to sneak through the vent above and sent him skittering away with my flashlight. Again, despite the late 90’s graphics, the game was so immersive that I couldn’t hold back a triumphant gotchu, mothaf*****!  I then peeked under the bed to collect another flashlight battery and looked back up to see his cocky, charcoal smile just before he Freddy Kruegered me in the face. No high score for me.

As I pulled off the headset, another pseudo drawback of virtual reality hit me; it’s exhausting. Rather than manipulating a joystick to move your character, you are the character, swinging your arms, keeping your balance, and seeking enemies in 360 degrees.

But the sore arms and thighs are totally, unequivocally worth it. Even in its infancy, virtual reality is simply unreal. The immersion far surpasses seeing Avatar in 3D; the last time I felt this entranced by technology was the very first time I played a video game 20 years ago.

So while the technology Facebook spent $2 billion on isn’t quite worth three months rent (yet), it’s absolutely worth the cost of two movie tickets. Grab a date and make a reservation online here.