It was 7:38 p.m. and the lights finally dimmed just enough to let fans know it was time to start the show. The crowd lost control, as everyone waited in anticipation. Then out of the fog, DJ Khaled appears on stage, confident and hype as ever. He spins a couple of records, then B.M.F. begins to play and out comes Rick Ross. The crowd is shocked, yet ecstatic. Next, Watch Out is cued from the DJ booth, hyping the crown even more. Rick Ross exits the stage as 2 Chainz takes over.  That’s how the night began, one surprise followed by the next. DJ Khlaed’s set continued to surprise, as Yo Gotti, August Alsina, The Dream & Kent Jones all performed their hit records. The greatest surprise however, was the performances of hometown favorites,  T.I. and Ludacris. As soon as Bring Em Out blared through the speakers, the crowd reached a new level of exhilaration. T.I.’s energy matched the crowd as he delivered an exciting performance of his own catalog. Ludacris made the last guest appearance, delivering the last shocking musical blow of the night. By this point, the opening act set list, had provided the ultimate “pre-game” experience.

It was a little after 8:00 p.m., DJ Khaled’s set had ended and the lights were back in full beam. Fans were crowding the stairways, most making a mad rush to their seats. Others staying seated and waiting patiently, knowing that soon the next person to grace the stage, would be the Queen herself. Almost an hour had passed, when all of a sudden cheers from the Bey Pit (the closest section to the stage reserved for Beyhive members) erupted. The Mama’s (Beyonce’s background voclalist’s) had taken their places. Any true fan of Beyonce, can spot The Mama’s without hesitation. At exactly 9:00 p.m. sharp, the lights dimmed to the darkest of hues. Beyonce was ready to take the stage.

The concert began with the most flawless Lemonade video montage. It set the scene as well as built suspense inside the Georgia Dome. Then Formation blasted throughout the stadium, and Beyonce creeped onto the foggy stage with an army of dancers, the sleekest black fedora and the coolest head bob. She opened the show in a finely ruffled lace leotard, complete with long sleeves, lace tights, and black ruffled ankle boots. The crowd exploded. 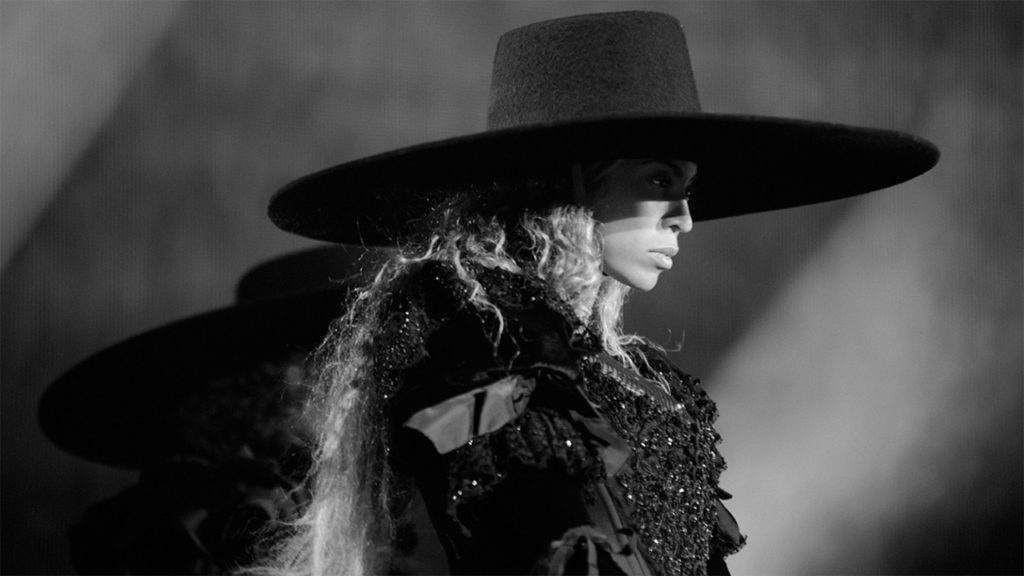 Each time Beyonce appeared on stage, she executed every move. Her vocals shined brighter than ever. Except during her 6 outfit changes, Beyonce performed non stop for a full two hours. She made the crowd relive Lemonade. She intertwined past hits, placing them into strategic moments, relatable to the content of her new visual album. Beyonce also moved the crowd with her raw emotion. Before singing Me, Myself and I, Mrs. Carter took a moment to speak to the ladies. As the music played softly in the background, Beyonce expressed, ” Ladies I want ya’ll to know, that God lives inside of all of us; that we are never alone; no matter who breaks your heart, no matter how tough life gets.”

Although there were endless memorable moments from the night, (like the Prince Purple Rain tearjerker), one of the most compelling was the ending water scene.  Her outer most stage, had been completely filled with water. She proudly sang Freedom, as her dancers used the water as a tool to show the liberation of the movement of water. The dancers were perfectly synchronized, matching the rhythm and emotion of the song.  Beyonce closed the show with Halo and thanked the crowd, as well as the Formation Tour team. She waved her final goodbye, as a section of the stage lowered her down, out of sight from the entire stadium.

The endless Formation Tour footage on social media can only provide a glimpse into the beauty and excitement of the show. Simply put, the live experience champions any outside source. Everyone who performed with her shined. The show was impeccable, including flawless dancers who delivered attitude and sensuality and amazing female guitarist’s who rocked the stage and danced with Beyonce.

Her next two tour stops are Raleigh, North Carolina and Houston, Texas. The Formation World Tour will continue until August. Tickets are available on Ticketmaster and other ticketing agencies as well.

If you are thinking of attending the show, please be ready to get into formation and wear comfortable shoes!

STYX performing in Atlanta 5/15 with .38 Special and Don Felder