St. Mary’s Police Department caught Richard Relliford (26) with 455 grams of marijuana after being pulled over for a traffic stop.

He was charged with possession.

Officers say when he was pulled over Richard tried to convince them that the marijuana was salad.

Look, If we have said it once, we have said a zillion times! No matter how hard you try to convince us this green leafy… 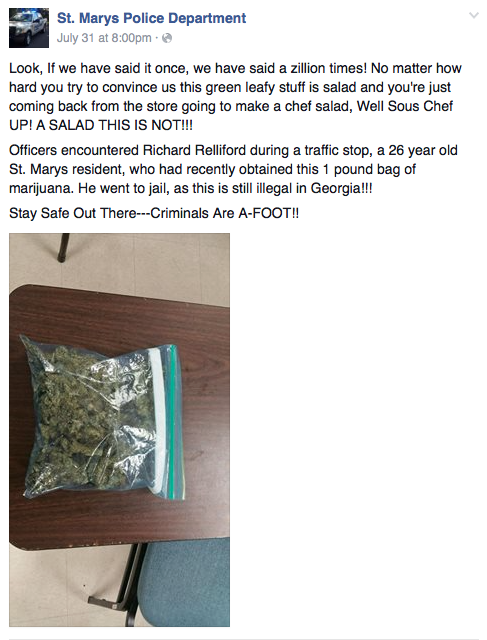 Newspaper Ad in Georgia Wants Your Snitch on Drug Dealers

CyHi The Prynce - "Elephant in the Room" (Kanye West Diss)