Christian Kahf’s ex-girlfriend told police he raped her at least seven times over the course of their relationship, Fulton district attorney spokesman Chris Hopper said in the release. Kahf was sentenced to 20 years in prison with seven years to serve and the remaining 13 years on probation in the Jan. 30, 2016 sexual assault case. He must also complete community service.

Charges against Kahf, 23, were filed late last year after he told his fraternity brothers he was a “monster … a rapist … and a pedophile,” Hopper said. He then “became emotional and abruptly left,” according to the release. Two of his fraternity brothers also told police Kahf admitted “acting inappropriately” with a 7-year-old girl. It was not immediately clear if those allegations were investigated. 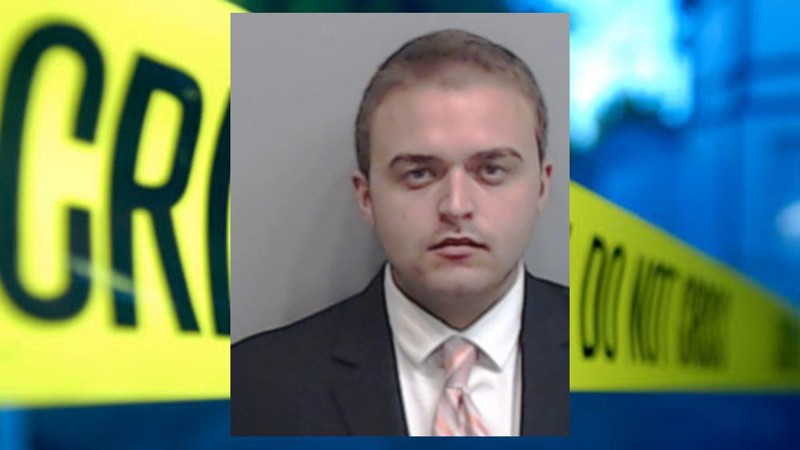 The men reported Kahf’s confession to Georgia Tech police, who interviewed the victim about the allegations. The Atlanta Journal-Constitution does not publish the names of sexual assault victims.

She told police Kahf first raped her in May 2014 when she was studying abroad in France. Kahf went to visit the woman, who said she was deeply religious and saving her virginity for the man she married.

“The victim said one night while she was sleeping she awoke to a pain in her lower pelvic area and abdomen,” Hopper said. “She realized Kahf was having sex with her, and when she told him to stop, he refused and told her to stay quiet.”

The woman confronted Kahf the next morning and said he admitted having sex with her that night. She told police she remained in a relationship due to her religious beliefs and her “devotion to marrying the man she lost her virginity to.” No charges were filed in the incident.

Roughly two years later, Kahf raped the victim after she celebrated her 21st birthday, Hopper said. The woman was out with her friends going to Atlanta clubs and drinking with Kahf as their designated driver.

The group later went to Kahf’s fraternity’s house on Georgia Tech’s campus, where the victim found a place to sleep, Hopper said. The name of the fraternity was not provided.

The woman told police she didn’t recall that night but woke up the next morning and “felt like she had sex,” according to authorities. She confronted Kahf, who she said again admitted to raping her.

Authorities arrested Kahf in November after he admitted to the victim, who was wearing a digital recording device, that “what happened was not consensual that night. I raped you more than once, and I wish I never had.”

The woman told police she never reported the rapes out of fear they wouldn’t believe her.

As part of his sentencing, Kahf was ordered not to contact the victim or her family. He will also be placed on the sex offender registry.