Three months ago, I thought I wasn’t ready to apply for a job at Google. Google disagreed.

I was in the midst of a career transition. I had spent three years working as a management consultant and then at a startup, but I wanted to become a computer engineer. I was earning a master’s in computer science through Georgia Tech’s online program.

I knew that I was slowly developing the skills that I would need in an engineering role, but I still lacked the confidence to apply for a full-time software role.

One morning, while working on a project, I Googled “python lambda function list comprehension.” The familiar blue links appeared, and I started to look for the most relevant one.

But then something unusual happened.

The search results split open and folded back to reveal a box that said, “You’re speaking our language. Up for a challenge?”

I stared at the screen. What? After a moment, I decided yes, I was most definitely up for a challenge. I clicked through and landed on a page that called itself “foo.bar.” The page resembled a UNIX interface, so I typed the command to see the list of files. There was a single one called “start_here.txt”. I opened it and saw two sentences:

“Type request to request a challenge. Type help for a list of commands.”

I typed “request” and half expected to see “Follow the white rabbit, Max.” Instead, the screen displayed a paragraph outlining a programming challenge and gave instructions on how to submit my solution. I had 48 hours to solve it, and the timer was ticking. I won’t post the problem here, but solving it required a bit of knowledge about algorithms. I had the option to code in Python or Java. I set to work and solved the first problem in a couple hours. Each time I submitted a solution, foo.bar tested my code against five hidden test cases.

Once my solution passed all of those tests, I could submit it and request a new challenge. Over the next two weeks, I solved five more problems.

After I solved the sixth problem, foo.bar gave me the option to submit my contact information. I typed in my phone number and email address, fully expecting that to be the end of things.

Much to my surprise, a recruiter emailed me a couple days later asking for a copy of my resume. I emailed it to him, and we set up a phone call.

Google’s recruiting process is well documented online, and from this point my experience was pretty typical. The only difference is that I didn’t need to go through a technical phone screen since I had already demonstrated some proficiency with coding through the foo.bar exercises. 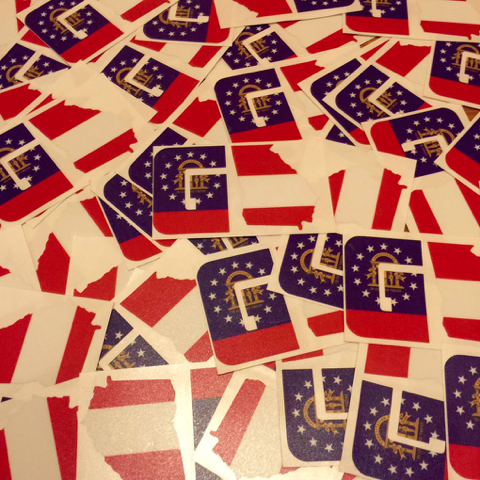 For my interview, I spent a day at Google headquarters in Mountain View solving problems on a white board.

The office visit was the first time I felt confident I wasn’t the victim of an elaborate prank. When I first encountered foo.bar, I asked several friends (including Google employees) if they’d ever heard of it. None of them had, but all of them thought that it was a brilliant idea.

Although it took two weeks, eventually I received good news: Google extended me an offer! I enthusiastically accepted and spent the next week meeting with potential managers.

Three months after the mysterious invitation appeared, I started at Google.

Foo.bar is a brilliant recruiting tactic. Google used it to identify me before I had even applied anywhere else, and they made me feel important while doing so. At the same time, they respected my privacy and didn’t reach out to me without explicitly requesting my information.

Overall, I enjoyed the puzzles that they gave me to solve, and I’m excited for my first day as a Googler.