When a customer collapsed at his store yesterday, a Walmart employee jumped into action without a second thought. Manager Jason Lewis didn’t know that another shopper captured his graceful assistance on camera, but his unselfish act of kindness instantly went viral. 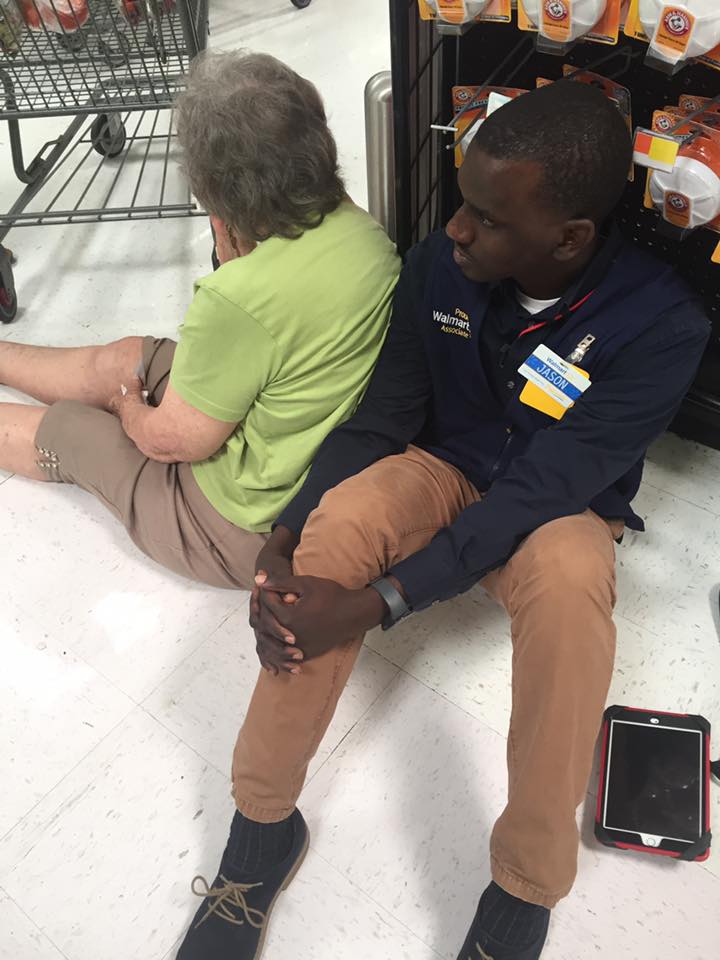 Brittany McKee was walking through the Evans, Georgia, Walmart when she spotted an elderly woman who had fallen to the floor. As a registered nurse, McKee immediately stopped to help her. The woman explained that she took blood thinners, and still felt dizzy. As they waited for the ambulance to arrive, Lewis stepped up in a way that made McKee stop and take notice.

Lewis later explained to local news station WRDW that the woman had started to lose her balance as she sat up, so he stayed with her for nearly 30 minutes and “talked about life.” “I just wanted to live a good life and that’s just one of the results of it — being able to render help when it’s actually needed,” he said.

He never noticed McKee taking a photo, so Lewis silenced his phone when it started going off in a meeting later that day. His wife then texted him and told him to check Facebook.

McKee’s post has already racked up over 130,000 shares in less than 24 hours, plus thousands more likes and comments. “This right here is real life,” she wrote. “This is what it’s all about, not hate.”