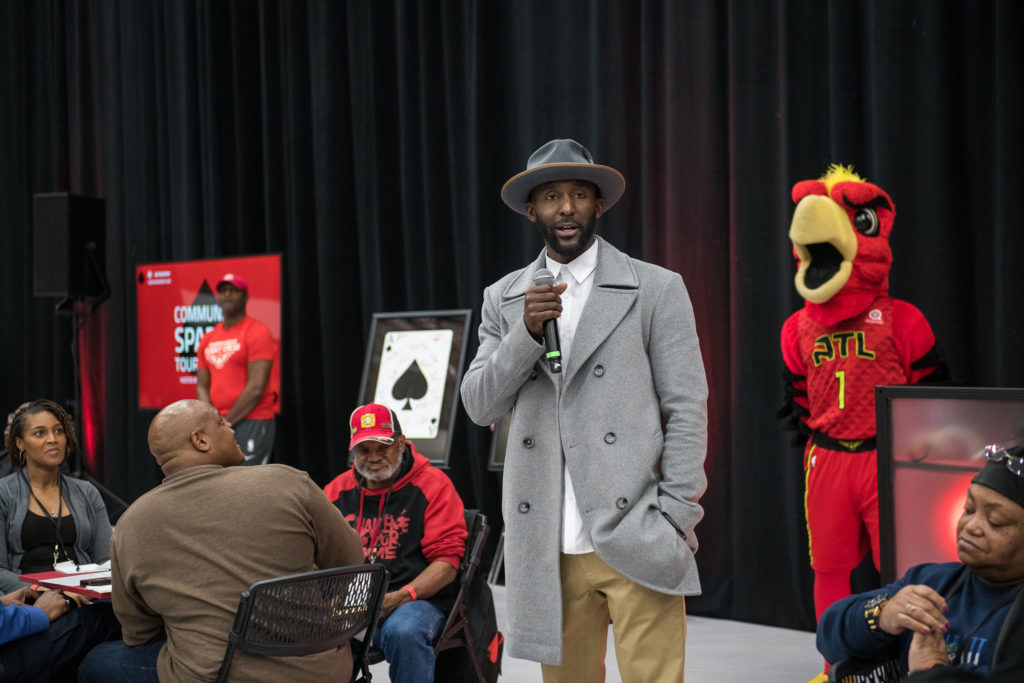 Created and hosted by Coach Pierce, the Community Spades Tournament was designed to engage the local community while deepening the Hawks and State Farm’s community support. Coach Pierce is passionate about the metro Atlanta community and enjoyed sharing his love for the game of spades with the William Walker Rec Center neighborhood.

Hawks Entertainment was on site to provide a fun and engaging atmosphere. Participants were entered into a raffles to win Hawks gear, Hawks Shop gift cards, a signed player basketball and more. The tournament winners,  Juanita and Jackie Smith from Team Smith TC Express received a trophy, courtside tickets to an upcoming Hawks game, a customized jersey, and a host of other prizes.

Big Turnout at Cobb Galleria for Travel and Adventure Show