The internet turned into a frenzy after rumors spilled about a possible joint mixtape by arguably the hottest rappers in the game right now; Future & Drake.

To add more fuel to the fire, a track list started floating around the web, which led people to believe that the project can be real. Although there were minimal details on the alleged project, the potential cover art dropped, receiving a co-sign from Drizzy’s confidant OB O’Brien.

If this picture, which you can view below, is factual, then fans of the “Where Ya At” rappers can expect new verses from Lil Wayne, Rick Ross, A$AP Rocky, Fetty Wap and more. The name of the mixtape seems to be titled “Put It All In A Plastic Bag” and hosts 14 songs produced by Noah “40” Shebib, Mike WiLL Made It, Metro Boomin, and more. 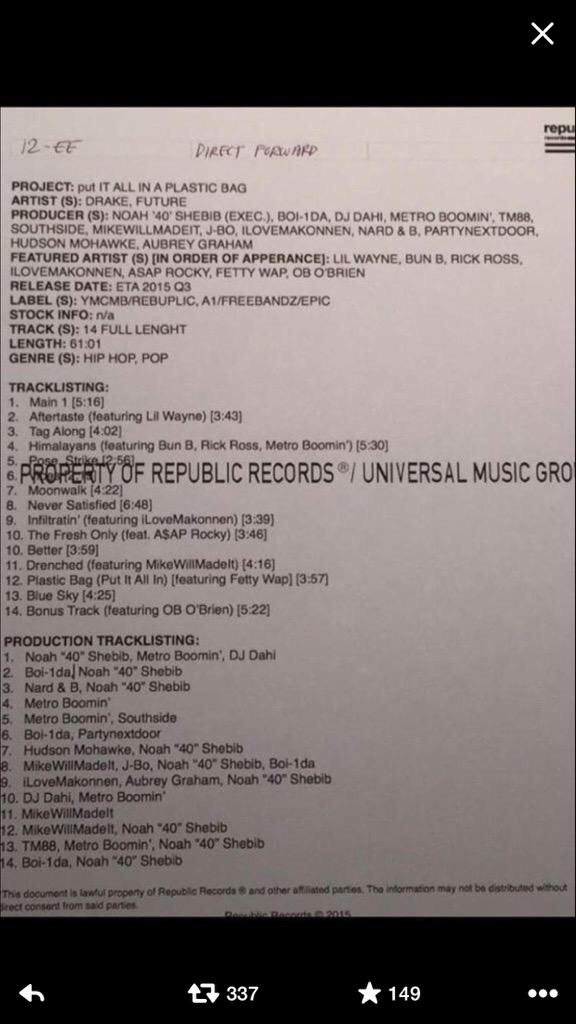 'Guardians of the Galaxy 2' Prepares to Film in Atlanta