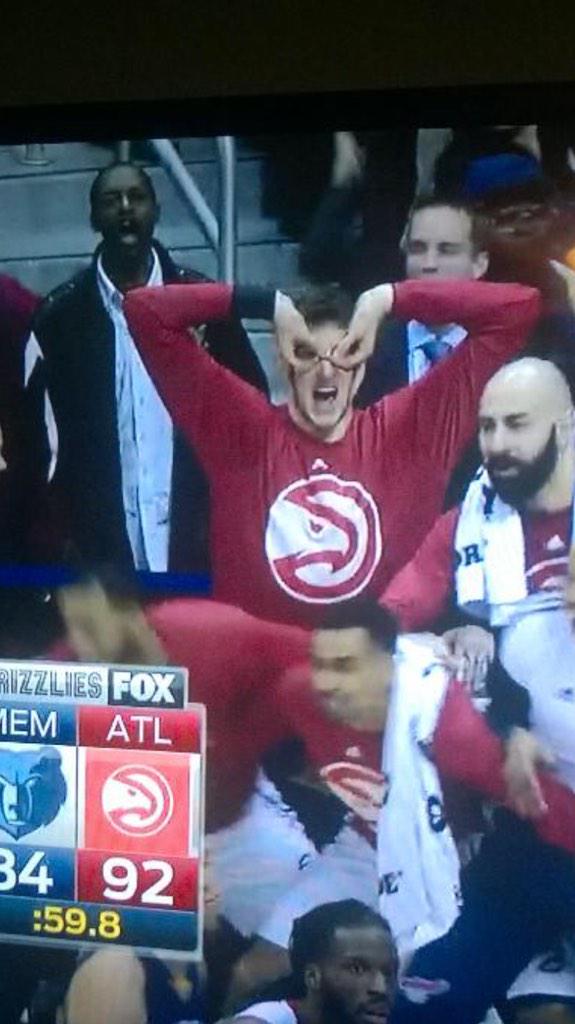 Kyle Korver, a.k.a. Threezus, is a beyond-the-arc machine for the Atlanta Hawks. Korver puts up the three-pointer during Wednesday night’s game against the Memphis Grizzlies to put the Hawks up by 8. That’s entertaining and all, but nowhere near as entertaining as the bench’s celebration.

Most entertaining part of it all is the player pre-celebrating with the goggles!